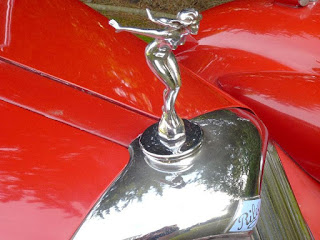 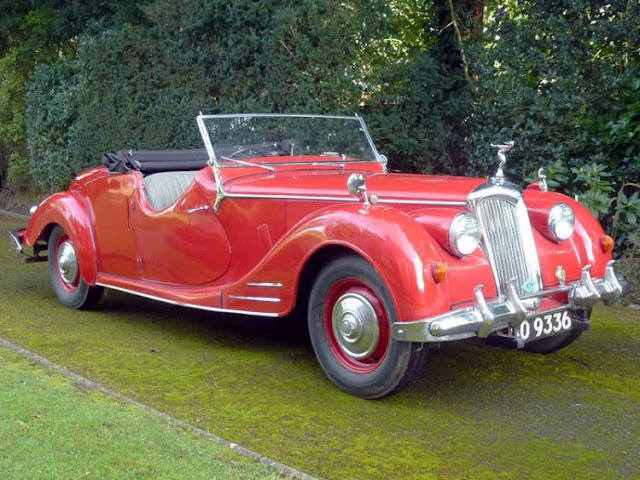 - Property of a deceased estate, owned since 1982


- Subject to restoration work in the 1980s and used sparingly since 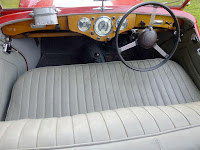 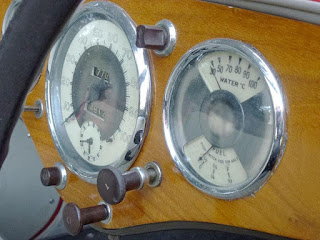 The RM Series cars were the last 'proper' Rileys - the swansong of the marque before it was subsumed into the mighty British Motor Corporation. The model range was manufactured in Coventry until 1949 when production moved to the MG factory at Abingdon. The RMC and RMD were limited edition Roadsters. While the latter was a conventional two-door Drophead Coupe, the RMC was a far more distinctive variant primarily designed for export to North America. 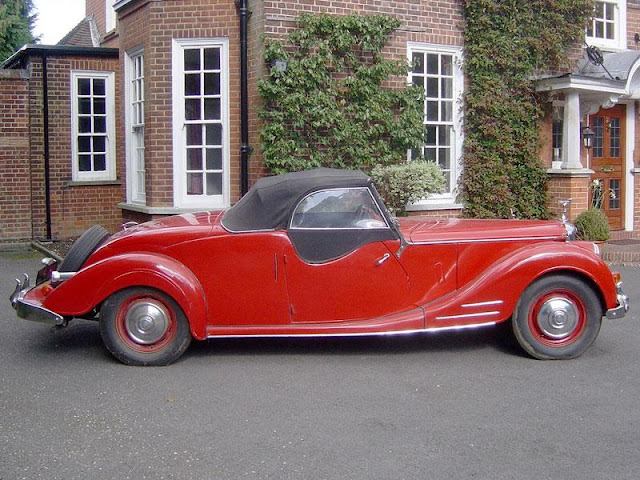 Ostensibly a two-door convertible version of the RMB, it featured a three-abreast front seat, cutaway doors, foldaway hood, large rear stowage area, fold flat windscreen and lower bonnet line. The 2.5-litre four-cylinder powerplant was also unusual in having twin pushrod-operated camshafts placed high in the cylinder block. The unit's output was circa 100bhp at 4,500 rpm - sufficient to accelerate the big Riley to 60mph in around 16.5 seconds and on to a genuine 100mph. Only 507 examples of the RMC are understood to have been produced between 1948 and 1951, making it a rare car by any standards.


The example offered today features the floor-mounted gear change of a late model home market car and was acquired by the vendor's late-father in 1982. Restored in the 1980s, it has been sparingly used since although the red paintwork now shows signs of micro-blistering. The grey interior has mellowed nicely whilst the bodywork appears sound. Said to be in good mechanical condition, this desirable open Riley is offered complete with side screens, assorted MoTs dating from 1969 and a Swansea V5C document. 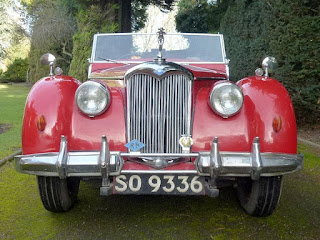 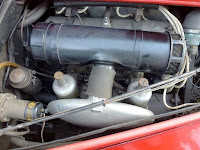 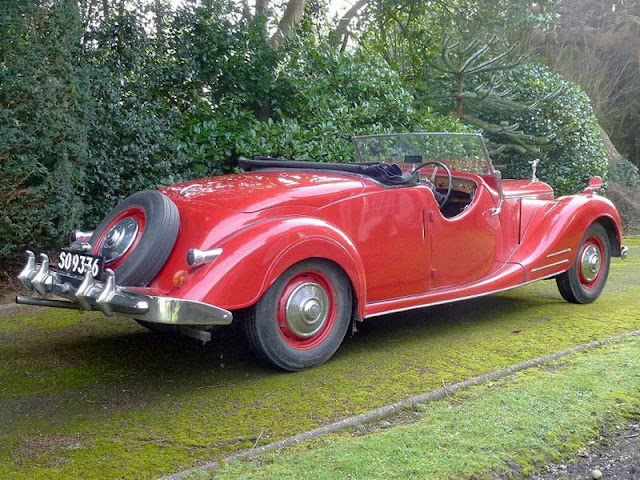