NOT TO BE MISSED THIS WEEKEND

GET ALL THE INFO AT http://www.thelondonclassiccarshow.co.uk/

GET ALL THE INFO AT http://www.historicmotorsportinternational.co.uk/ 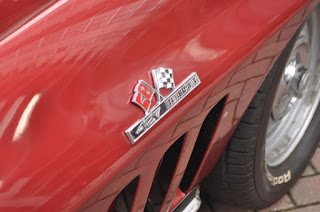 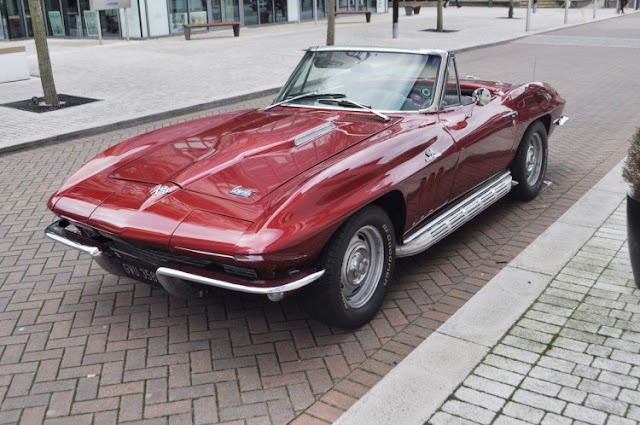 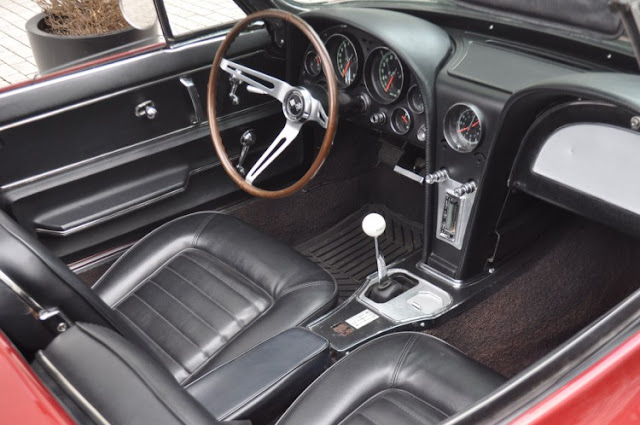 ‘The Sting Ray hit the American sports car market like a thunderclap, reminiscent of the knock-’em-dead debut of the Jaguar E-Type two years previously; comparisons were not slow to materialize. For the first time in history, the Corvette was a sell-out success.’ Richard M Langworth, The Complete Book Of The Corvette.
To say that the Sting Ray’s arrival caused a sensation would be grossly understating its impact on the North American sports car market. Indeed, such was its runaway success that the St Louis factory hired a second shift but still could not build cars fast enough to meet demand. Styled in General Motors’ Art and Colour Studio under Bill Mitchell, the new Corvette featured radical styling pioneered on Mitchell’s successful Stingray sports-racer, and for the first time, there was a Gran Turismo coupé in the range. Beneath the skin was an all-new ladder-frame chassis with independent rear suspension, the adoption of which enabled the centre of gravity to be significantly lowered, improving both road-holding and ride. This new frame was the work of Corvette Chief Engineer, Zora Arkus-Duntov who said: ‘For the first time I have a Corvette which I am proud to use in Europe.’
As had been the case with the previous (1956-62) generation of Corvettes, development proceeded slowly, being characterized by annual facelifts and few engineering changes of note. On the latter front, the long-overdue arrival of four-wheel disc brakes was the most significant development for 1965 while Chevrolet’s 327ci (5.4-liter) 250bhp standard V8 was joined by an optional 396ci (6.5-liter) Big Block for ’65 only, then a ‘427’ until the end of Sting Ray production in 1967. Now recognized as representing a ‘golden age’ for the Corvette, the Sting Ray version was manufactured from 1963 to 1967 and has since gone on to become a highly collectable modern classic.
The sporting Corvette offered here is a rare manual version finished in Milano Maroon. Recently serviced, this beautiful 1966 Roadster is ready for spirited drives on rallies, and should be powerful enough to satisfy your straight-line need for speed! 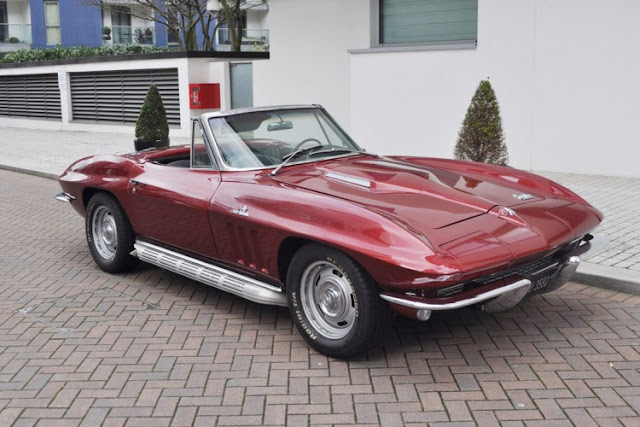 Powered by Dragons
Posted by jeffharris at 19:43