NOT TO BE MISSED THIS WEEKEND

GET ALL THE INFO AT http://www.thelondonclassiccarshow.co.uk/

GET ALL THE INFO AT: http://www.historicmotorsportinternational.co.uk/ 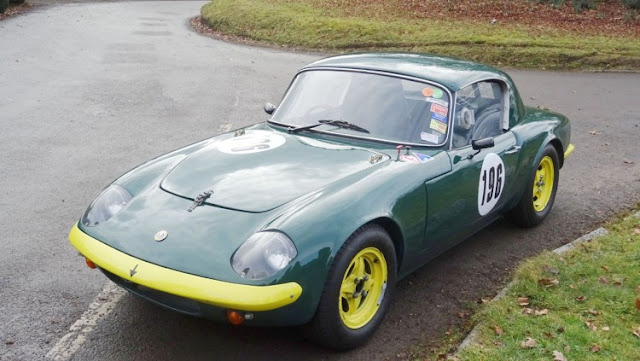 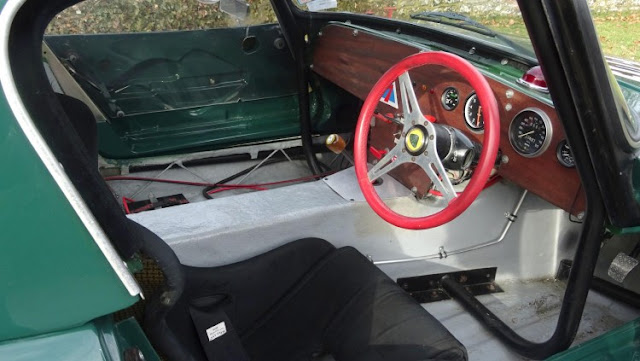 Very few small-capacity Gran Turismo cars of the 1960s come even close to matching the on-track charisma of the purebred little Lotus 26R. British constructor Colin Chapman’s Lotus company was at that time riding the absolute crest of a wave in terms of trend-setting fame, fortune and competition success.
During the 1963 Formula 1 racing season Chapman’s factory team, Team Lotus, had utterly dominated the Grand Prix world. Their number one driver was the legendary Jim Clark. He had just won a record seven World Championship-qualifying Grand Prix races in the single-season to clinch not only the Drivers’ World Championship title for himself but also the Formula 1 Constructors’ World Championship crown for Lotus itself. The year had also seen him and his Lotus-powered-by-Ford turn the American speedway racing establishment upside down, by dominating the pace in the Indianapolis 500-Miles and then shining again in his rear-engined V8 car at Trenton and Milwaukee.
It was against this background that Colin Chapman had introduced his typically trend-setting, typically ingenious Lotus Elan. As a production sports car, it used a new design of fabricated sheet steel skinned backbone chassis, over which the incredibly neat and compact glassfibre bodyshell sat like a saddle. Combine this structure’s lightweight with a magnificent new 1594cc Ford-based 4-cylinder engine, super-tuned by addition of a twin-overhead camshaft Lotus cylinder head, and a sports car had been born which combined tremendous acceleration and disc-braking ability with stupendous road holding power. The Type 26R was the further-lightened, further-tuned, purebred road-racing version of this legendary design.

Since being repatriated to the UK,  it has only competed in two races at the Masters Historic Festival at Brands one on the Indy circuit and one on the GP circuit where despite an unfamiliar driver, it beat many well established Elan teams.  Beautiful condition inside and out and on the button and ready to go for 2017. 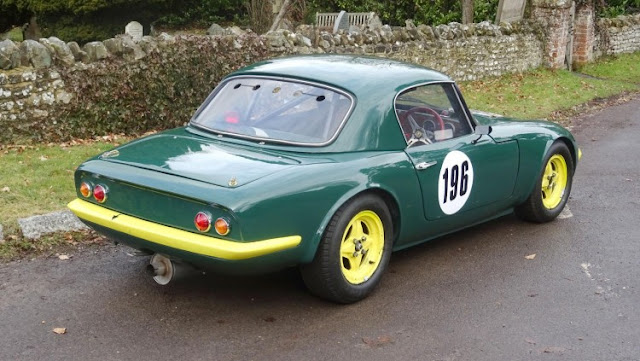 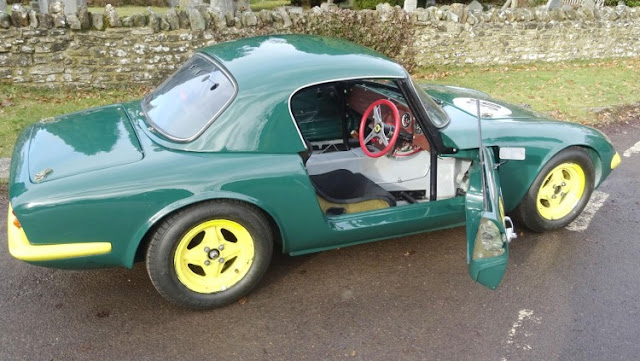 Powered by Dragons
Posted by jeffharris at 20:25