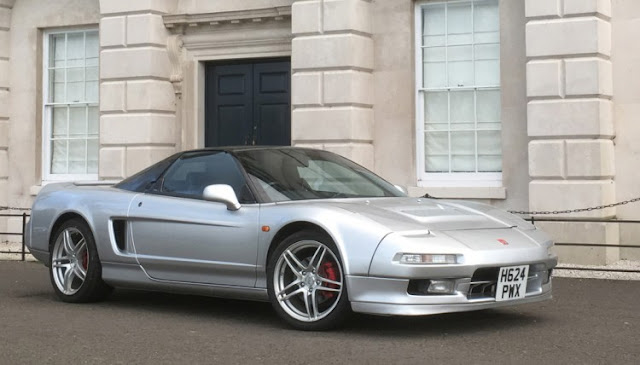 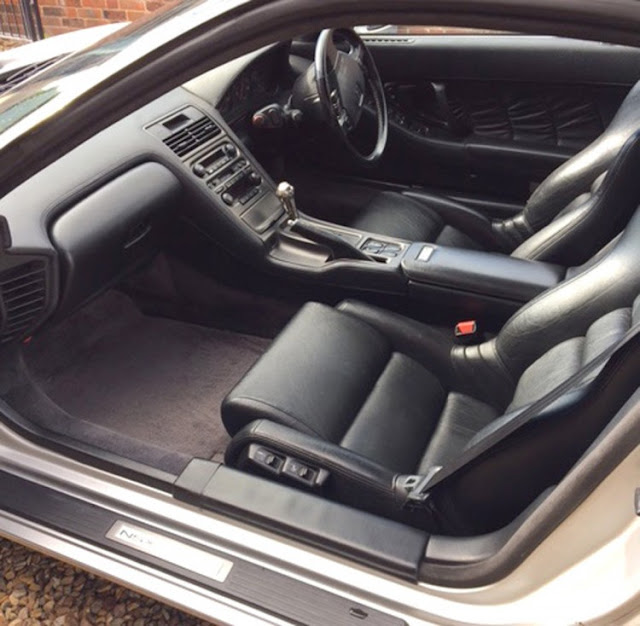 The legendary Honda NSX (standing for New Sportscar Experimental) was developed by the Honda Motor Corporation between 1984 and its eventual launch in 1990, with major chassis and suspension input from three times F1 World Champion, Ayrton Senna.
The NSX featured a state of the art 3.0-litre V6 ‘VTEC’ engine (variable valve timing) and an all-aluminium monocoque body, encompassing a revolutionary extruded aluminium alloy frame and suspension. This made the car extremely light and extremely strong. Other game-changing features included 4 channel ABS brakes, titanium connecting rods in the engine and later in the model’s life – an electric power steering system as well as an upgrade to a 3.2-litre V6 engine. The car was the first real Japanese ‘Supercar’, proving itself and quickly establishing respect from its key competitors. Production continued right up until 2005, with only subtle changes made throughout its life.
Finished in Sebring Silver with contrasting black leather, this beautifully maintained NSX has recently been taken to Honda for a full 96 point inspection, as well as road test to ensure that any and all minor faults were rectified as well as giving the car a thorough service. New coolant, gearbox oil as well as an engine service was included. Additionally, the car has had its cambelt’s changed as well as having new rocker gaskets fitted. Fitted with the Type-R bonnet.
This on-the-button example was purchased by its current custodian from a friend who worked for McLaren and was relocating to Spain at the time. Knowing how much fun the car was to drive, we are told it was an easy decision and the car has brought its current custodian to many local events such as Goodwood, Beaulieu and Wilton. Sadly, due to another house move, this NSX is regretfully back on the market.
Being offered for sale for a very honest reason and described to be in good to excellent condition in all respects, this represents a fantastic opportunity to purchase one of the world’s most recognisable supercars is a very realistic price. 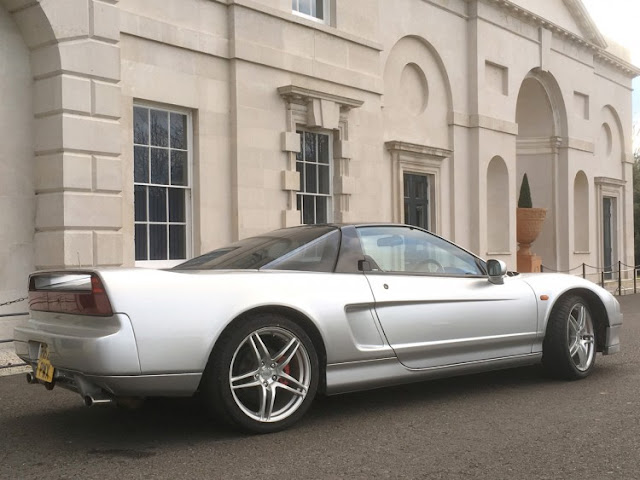