WHAT COULD SANTA BRING YOU?
Brought to you by Classic Chatter
www.classicchatter.co.uk 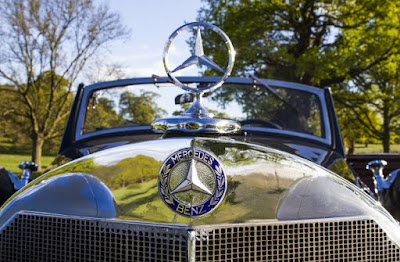 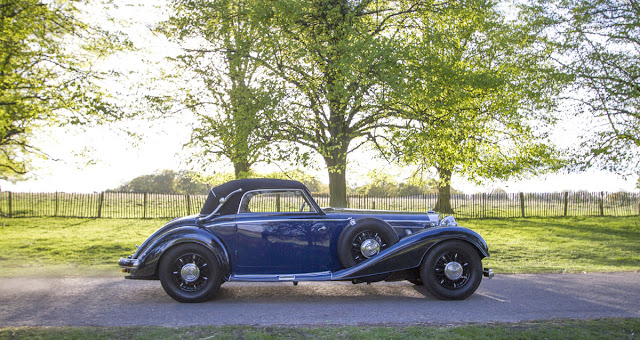 Introduced at the 1936 Paris Motor Show, the Friedrich Geiger designed car was a development to the 500K, itself a development of the SSK. Available as a two-seater cabriolet, four seater coupé or seven seater limousine with armoured sides and armoured glass, it was one of the largest cars of the time.

The Sindelfingen factory, where this exclusive bodywork was created, employed 1,500 people to create the 540K for some of the world’s wealthiest and most famous, such as Jack L. Warner of Warner Brothers, and allowed a great deal of individual customisation.
Rolling off the assembly line in Sidelfingen in 1937, it is confirmed by the factory records that #169355 is an original 540K Cabriolet A that was delivered new to Berlin on the 2nd of July 1937.
It was shortly after World-War II that the car was purchased by Editoriale Domus on behalf of Gianinni Mazzocci, – founder of Quattroruote, who purchased the car as one of the main features of his prestigious car collection.  There it remained completely unmolested until in 1966, when the car was recommissioned to allow for participation in numerous classic car events. 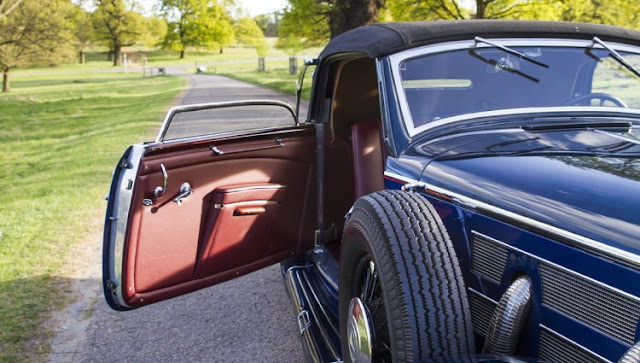 As time passed, it was becoming clear that #169355 was in need of a thorough restoration and by its 57th birthday in 1993, it had been decided. The comprehensive restoration that would be to last over ten years was entrusted to none other than specialist Vittorio Klun of Milan, under the close scrutiny of Frederick Robutti, – head of the Quattroruote Museum. Restoration work included work to the car’s ash wood body frame and brightwork. The original body was in excellent condition and was simply stripped and repainted, and the mechanics were rebuilt as new.
Only at this point did it become clear that white was not the original colour. In several places on the body, clear traces of two shades of blue were found proving that the car was originally finished in the two-tone it is seen in today.
Fabio Calligaris, owner of the renowned trimming specialists Grantusimo, was entrusted with the restoration of all the interior of the car including the roof.
Obviously the car is desirable being an original Cabriolet A, but being in single ownership from shortly after WWII to date, this could arguably be the only surviving Cabriolet A with such impeccable ownership provenance.
In the late thirties there was nothing on the road that surpassed the Mercedes-Benz 540K for style, image, effect, and performance, and resultantly it is known by the world to be the first supercar ever made. That statement is no less true today, particularly in the case of this exceptional example. 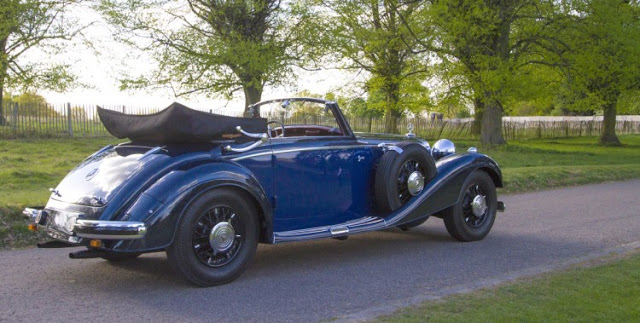