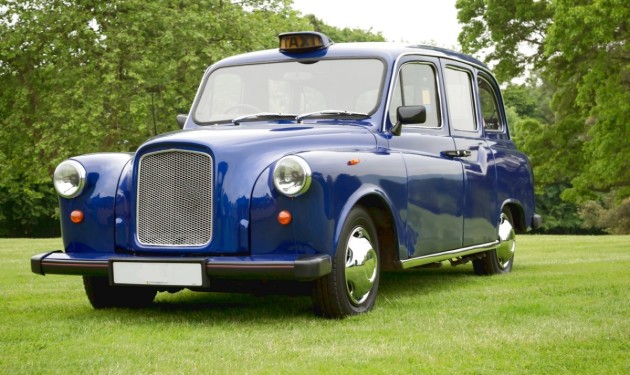 Launched in 1958 by the Austin Motor Company, the iconic FX4 taxi was the result of a collaboration between Mann & Overton, the London-based taxi dealers, Carbodies who assembled them, and Austin who provided the running gear.
So complex were the laws governing hackney carriages in London that off-the-peg vehicles simply could not get a licence to operate. The consortium had to design a specific vehicle that would fit in with these requirements, such as minimum leg room, rules about occasional seats and the need for a tiny turning circle so the cabs could U-turn in narrow streets in one go.
The new four-door FX4 took over from the appropriately named three-door FX3, the earlier model housing the passenger’s luggage next to the driver, exposed to the elements. Engines were predominantly diesel, which from 1971 were increased in size to 2,520cc. In 1982, Austin handed the licence to build the FX4 to Carbodies, who were taken over just two years later by LTI (London Taxi International). Production of the FX4 finally came to an end in 1997 after some 75,000 had been produced.
The traditional black cab driver needed to learn ‘the knowledge’, pay the Mayor a healthy licence fee and then buy his expensive, specially designed taxi, so these tough vehicles tended to be worked around the clock. Most racked up huge mileages, a testament to the quality of their build considering most of their driving was stop-start with the occasional trip to Heathrow in the slow lane of the M4.
This classic 1997 FX4 style cab from the final year of FX4 production was purchased by a private owner in 2016 and used for family trips into London. Seating seven in style, it has had the interior partition glass removed to enable front to rear conversation more interesting than: “You’ll never guess who I had in...” etc. Still fitted with its original working meter, you could actually make a profit on the school run, although it can be disconnected for private use.
The interior is in great condition in light grey fabric with red piping, complete with adverts for the folding seats. It also has the optional folding front passenger 'Mrs' seat and the ramps for wheelchair access. It was fitted from new with the later, more powerful TD-27 Nissan engine. It has 3 old MOTs and will have a new one prior to sale.  Painted Mercedes Linarite Blue when purchased in 2016, it still looks great and new inner and outer sills have recently been fitted.
With the odometer reading 395,000 miles it's been to the moon, but is only part way back and is fighting fit to complete the journey 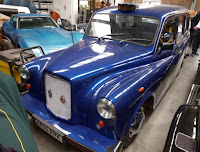 
SELECTED By IDRIS THE SQUIRREL