COMING TO THE NEC 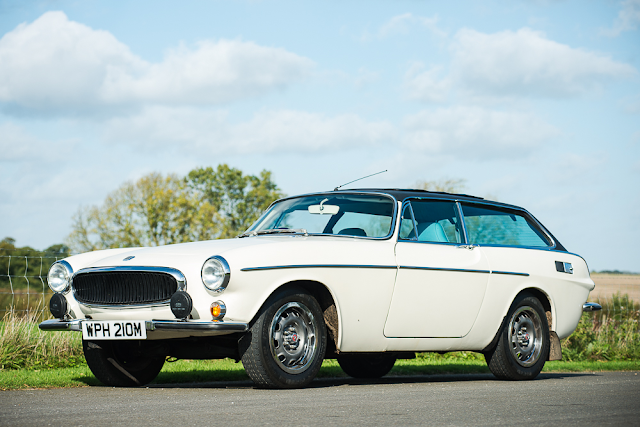 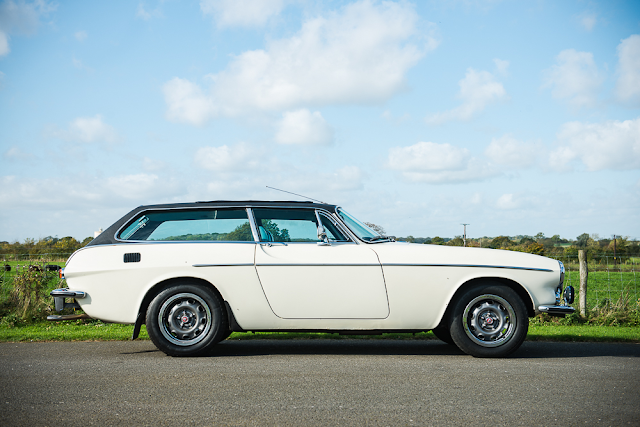 n 1957 Volvo felt the need for a sports car to compete in the US & European markets, despite the fact that their previous attempt, the P1900, had failed to take off with only 68 cars sold. The man behind the project was an engineering consultant Helmer Petterson, The design work was done by Helmer's son Pelle Paterson, who worked at Italian design house Frua at that time. The Italian Carrozzeria Pietro Frua design firm built the first three prototypes between September 1957 and early 1958.
The car was presented to the public for the first time at the Brussels Motor Show in January 1960 and Volvo turned to Jensen Motors, whose production lines were under-utilised, and they agreed to a contract for 10,000 cars. Pressed Steels' Scottish plant at Linwood was in turn sub-contracted by Jensen to create the 'unibody' shells, which were then taken by rail to be assembled at Jensen in West Bromwich. In September 1960, the first production P1800s(for the 1961 model year) left Jensen headed for an eager public. The engine was the B18 with dual SU carburettors, producing 118 bhp.
Volvo introduced its final P1800 variant, the 1800ES, in 1972 as a two-door coupé-estate with a frameless, all-glass tailgate. The ES's rear backrest folded down to create a long flat loading area. The final design was chosen after two prototypes had been built by Sergio Coggiola and Pietro Frua. Both Italian prototypes were considered too futuristic, and instead, in-house designer Jan Wilsgaard's proposal, the “Beach Car”, was accepted.
Engine power for ES was improved by around 10bhp with a consequential improvement in performance. As an alternative to the usual four-speed plus overdrive manual transmission, a Borg-Warner three-speed automatic was available in the 1800ES. Only 8,077 examples of the ES were built during its two-year production run.
This 1973 Volvo 1800 ES Automatic is finished in California White with a Black vinyl roof and blue leather upholstery and was first registered in August 1973 to comedian and TV personality Jimmy Tarbuck. 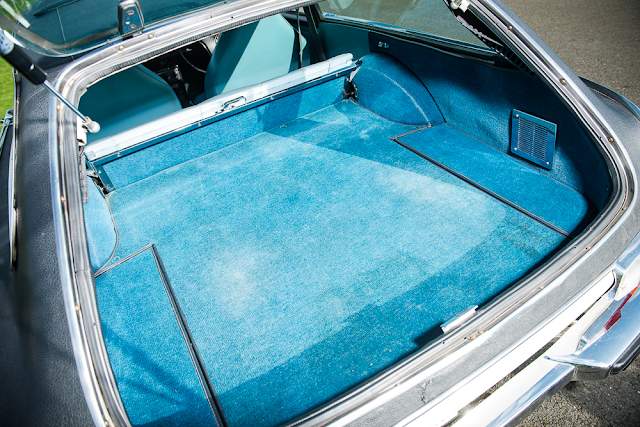 He kept the car until 1976 when it was sold to General Advertising of Weybridge and subsequently to its third owner who remarkably kept it right up until 2015 some 36 years. The car was clearly much loved and well maintained throughout this time as can be gleaned from the car's history file and still presents as a very honest unmodified example.
The duck egg blue leather upholstery appears to be original to the car and has benefited from leather treatment and the matching carpets appear in good shape. A full-length sunroof is fitted and the state-of-the-art (in 1973) Volvo Radio Cassette player sits where it always has. Also with the car is a good history folder containing lots of bills, invoices, and old MOTs, along with the original handbook and a period sales brochure.
The 'ES' was one of the world's first 'Lifestyle Estates' (followed by Reliant's GTE and ultimately by BMW's 3-Series Touring) and these distinctive, practical and rare Swedish sports tourers still look fantastic today and with Volvo's proven reputation for reliability, make really cool classics that stand out from the crowd. 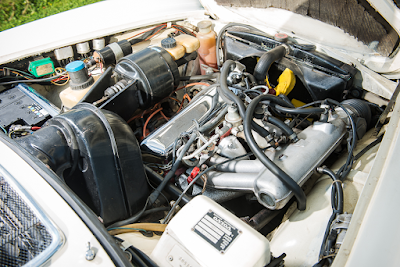 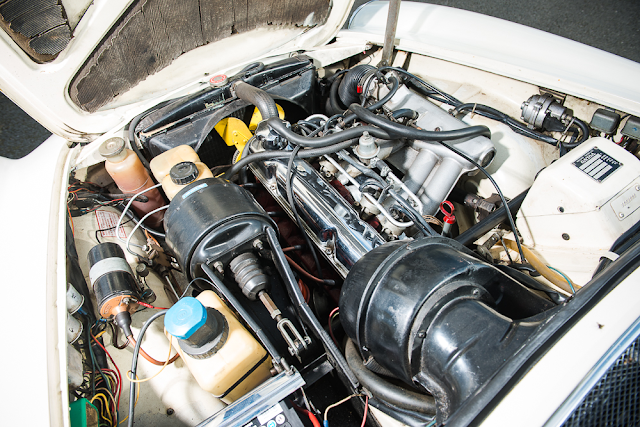