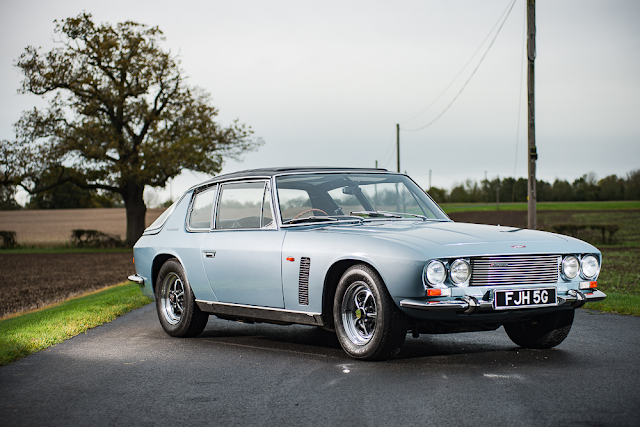 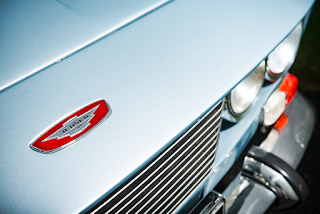 On 23rd September 1968, Mr Eric Morecambe OBE - one half of Britain's all-time favourite comedy duo 'Morecambe and Wise' - walked into Charles Follett of Hampstead Ltd. to collect his new Jensen Interceptor MkI Coupé, finished in Crystal Blue with black leather in exchange for £4,500. At the time it was one of the most expensive sports cars in the world, styled by Carrozzeria Touring of Italy - it was roughly double the price of an E-Type and cost more than the equivalent Aston Martin.
It was the first car of any significant value that he had ever owned and he was enormously proud of it, as recently confirmed by Eric's chauffeur at the time, Mike Fountain. "FJH 5G" was to play a significant part in his life story as two months after purchase he was to have his first heart attack in the car whilst appearing in Leeds, aged just 42. On the way to the theatre, he felt unwell and pulled over to the side of the road to ask for help from one Walter Butterworth, who then drove Eric to Leeds Infirmary and helped save his life. In recognition of this heroic help, Eric told the story in his own inimitable style some five years later on the Michael Parkinson show, which is now a moment captured for all time posterity thanks to YouTube! It was also the very moment that Silverstone Auctions owner, Nick Whale, heard his late Father say "That Jensen would be a good car to own one day".....
The rest, as they say, is history. 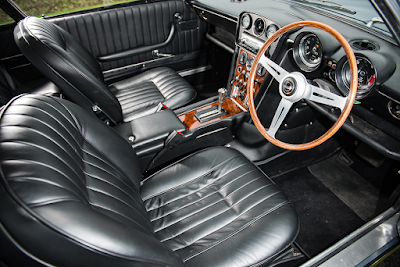 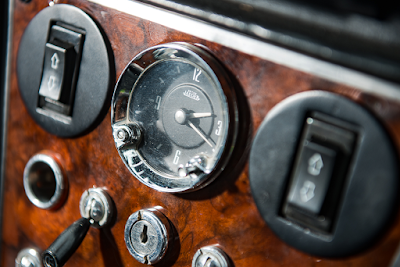 Nick finally tracked down the car many years later in Belgium, albeit offered for sale via a UK dealer. Once research was complete and the car's authenticity confirmed, a deal to buy the unrestored and rather sad looking car was eventually agreed at £28,500 in 2014. One of just 923 Series I Interceptors built, it is today one of less than 30 MkIs that still survive, making it a rare and collectable car in its own right.
Several visits to major Jensen restoration specialists followed, resulting in the selection of the famous Cropredy Bridge Garage to undertake a full restoration to the Concours standard you see today. Like most restorations, it took three times longer than anticipated and cost three times the original quote! Bills on file, copies of which will be provided to the successful buyer, reach well into six figures for the full restoration of this important part of British motor and show business history. The car even has its own website - www.ericmorecambesjensen.co.uk - where the story and all of the pictures of the thorough restoration, which included a full engine and gearbox rebuild, are available to see. 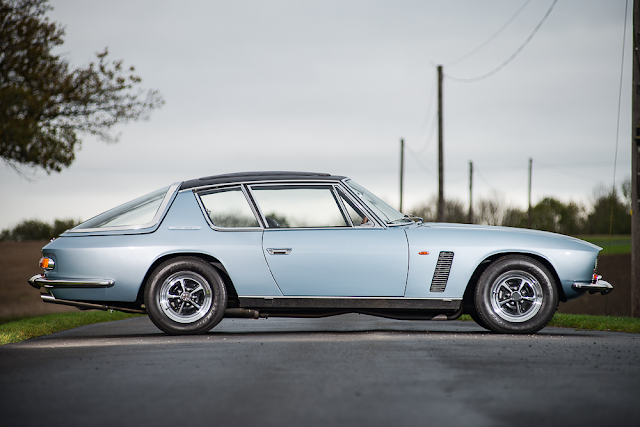 In early 2017, the car was reunited with Eric's son, Gary Morecambe, and also with the heroic Walter Butterworth as part of an excellent documentary on Morecambe and Wise featured on ITV. The unveiling of the car to both Gary and Walter was a very emotionally charged moment as they saw the car fully restored and returned to the condition it was back in the day. They both enjoyed driving it around Silverstone circuit whilst reminiscing about the events on that fateful day when more poor Eric was taken ill. Both this TV excerpt and the Parkinson interview where Eric refers to the story can be seen on the car's unique website.
The car has been enjoyed by Nick and the journey with it has been both emotional and highly satisfying. "It's a great car to drive. We went to enormous trouble to preserve as much of the original car as possible. This specifically includes the dashboard and steering wheel as I wanted to enjoy the same special view and experience the same atmosphere in the driving seat as my all-time comedy hero. To meet the family and restore part of their history, which actually is also part of our National heritage, has been a real pleasure. I am proud of what we and Cropredy have achieved."
The car is matching numbers from new, has an outstanding history file with all correspondence between Eric and the factory, and has been returned to the original registration number that Eric had, thanks to assistance from the DVLA. It has an MOT until 24-6-2018 and sits on new tyres having covered just a few hundred miles since being finished by Cropredy some 18 months ago. This is the first time the car has ever been offered for public sale since being restored. 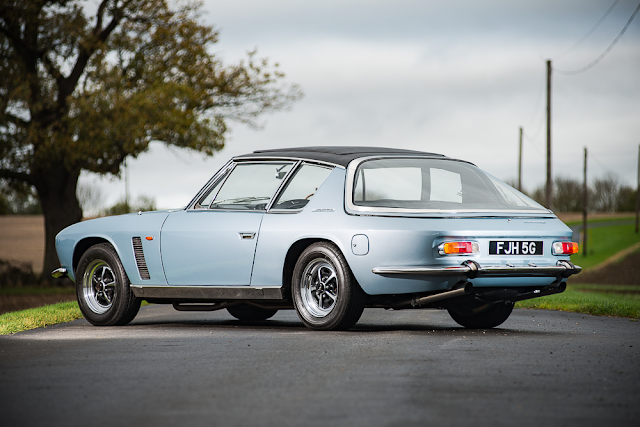