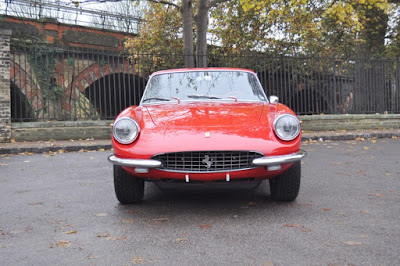 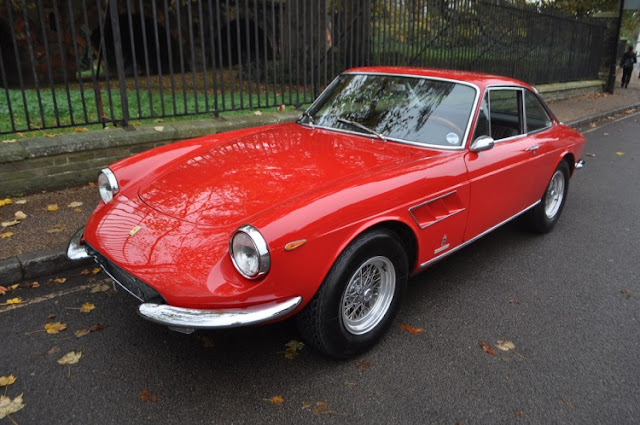 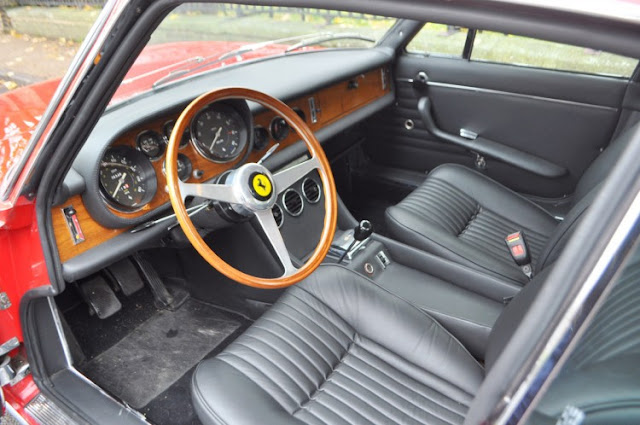 ‘At the top – at the absolute top – in the automotive enthusiasts’ hierarchy of the cars of the world, there is only one. Ferrari. Is there really any question?’ Thirty-plus years after Car & Driver magazine voiced that rhetorical enquiry the answer, of course, remains the same. And the car that prompted that eulogy – The Ferrari 330GTC.
Intended to fill a gap in Ferrari’s line-up between the four-seat 330GT 2+2 and the racer-on-the-road 275GTB, the two-seat 330GTC debuted at the Geneva Motor Show in March 1966 and was essentially a closed version of the 275GTS. Pininfarina’s understated coachwork combined elements of the latter at the rear with touches of the 500 Superfast at the front. Few would disagree with Car & Driver’s opinion that the result was most agreeable. ‘The GTC is a tasteful blend of the mean-and-low look of Ferrari competition GT cars, with the elegance of super-luxury street Ferraris of the past. Detail work, finish, panel fit, every aspect is superlative.’# 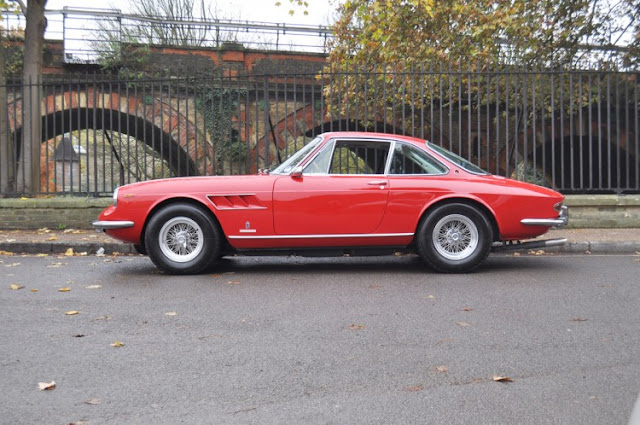 Beneath the 330GTC’s bonnet resided the 4-litre, 300bhp version of Ferrari’s familiar, two-cam, 60-degree V12, as used in the 330GT 2+2. The short (94.5” wheelbase) chassis followed Ferrari’s established practice of tying together sturdy oval- section main tubes in a steel spaceframe, while the suspension was independent all round by wishbones and coil springs.
First introduced on a road-going Ferrari (the 275GTB) in 1964, the rear suspension incorporated the five-speed gearbox in a transaxle, an arrangement that created a better-balanced car and one that gave its driver, “the wonderful sense of knowing just exactly what’s going on between one’s posterior and the pavé.”
Much development work had concentrated on the reduction of noise levels in the cabin, which was luxuriously equipped in the best Gran Turismo manner: leather seats, electric windows and heated rear screen were standard; radio, air conditioning and Borrani wire wheels the options. With a top speed in excess of 150mph, excellent ride comfort and sure-footed handling, Ferrari could justifiably claim the 330GTC to be the finest of high-speed conveyances for two people and their luggage.
This beautiful 330 GTC Berlinetta was delivered new to Verona, Italy in May 1968, finished in Grigio Argento Silver with a Pella Nera black leather interior. The car was later exported to the United States and into the custodianship of Richard Belveal of Scottsdale, Arizona; a well-known enthusiast in classic car circles in this region. The current family have owned the 330GTC since 2004, having purchased the car from specialist Heritage Classics of West Hollywood, and arranged for repatriation into Europe and to its current home in the UK. In their ownership, and in addition to servicing work, the car has benefitted from an interior trim in Nero leather, refinishing of the interior wood trim, a rebuild of the Borrani wheels, the carburettors rebuilt, the fitting of a replacement stainless exhaust system, and also attention to the brakes. To improve the engine running electronic ignition has been fitted, and the distributors adjusted. Bills are on file for c. £20,000 to support the works completed. All relevant numbers on the car (chassis, body, engine and numero interno) have been checked and verified to match.
Supplied with a current UK MoT certificate, UK V5 document, FIVA card and file of invoices, this is a stunning example of one of Ferrari’s very best efforts. 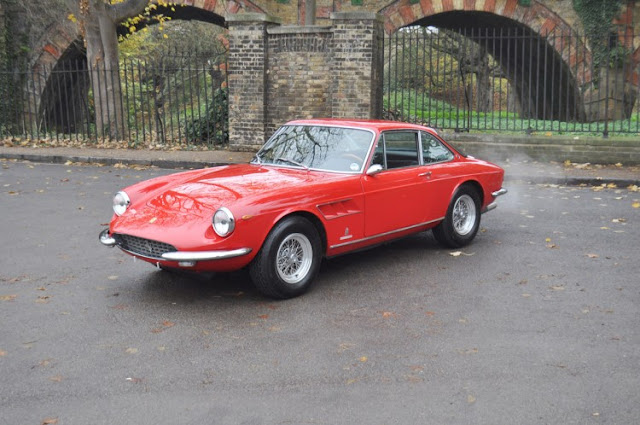 POWERED BY DRAGONS
Posted by jeffharris at 17:28