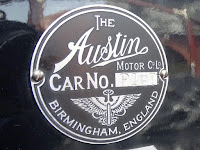 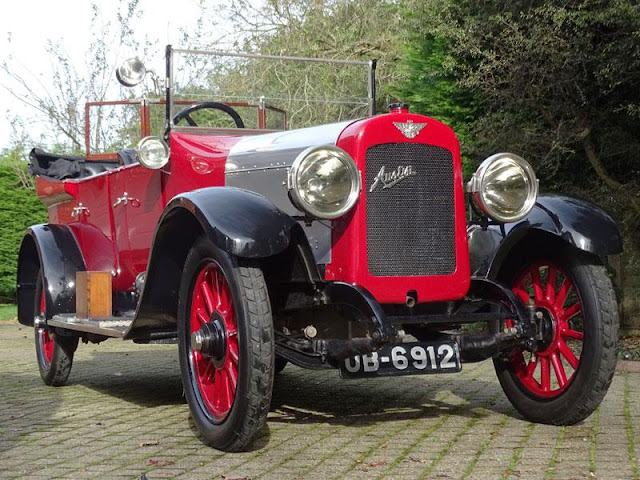 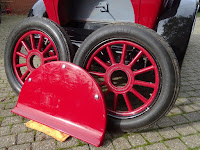 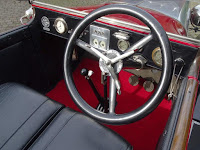 - The very car that Edgar Wren drove nationwide to drum up orders for Austin's upcoming 20hp model- Rescued from a hedgerow as a rolling chassis and treated to an extensive restoration during the 2000s- Featured in numerous publications: The Autocar (1918), The Austin Advocate (1919) and The Automobile (2009)Herbert Austin was nothing if not ambitious. By the outbreak of the First World War the company that bore his name was Britain's fifth largest motorcar manufacturer. However, the firm with which he had begun his motoring endeavours, Wolseley, was the biggest. Accepting government contracts for aircraft, shells, heavy artillery and 3-ton lorries saw the Austin Motor Company prosper during WW1 and its workforce expand from 2,500 to 22,000. Sensing an opportunity to leapfrog his rivals and taking a leaf from Henry Ford's book, Herbert Austin decided to offer just a single model when peace returned. Hugely impressed by the Hudson Super Six he ran during the hostilities - an example of which had successfully completed the first two-way transcontinental trip from New York to San Francisco and back in 1916 - he challenged his designers to create a similarly well-engineered machine. 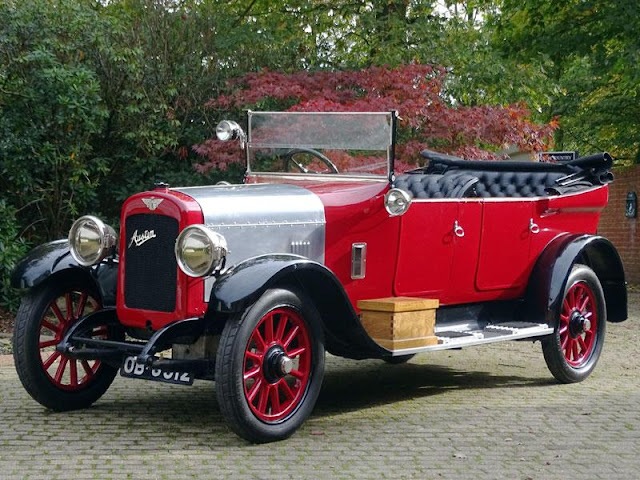 The first prototype Austin Twenty began to take shape in the chassis erecting shop at Longbridge during 1917 and an abridged specification was published in that September's issue of The Austin Advocate magazine. Like the Hudson Super Six, the newcomer featured a substantial ladder frame chassis equipped with all-around semi-elliptic leaf-sprung suspension, rear wheel brakes, an engine of monobloc construction with in-unit, centre-change gearbox and a sheet metal radiator cowl. Displacing 3610cc, its unstressed side valve four-cylinder engine developed 40bhp @ 2,000rpm (an output sufficient for Austin to later warrant that the chassis could reach 70mph). Eminently tuneable, privateer Felix Scriven's `Sergeant Murphy' and the Works' `Black Maria' both proved that an Austin Twenty could beat a Bentley 3 Litre or Vauxhall 30/98 in competition (Scriven's mount reaching 104mph at Brooklands). 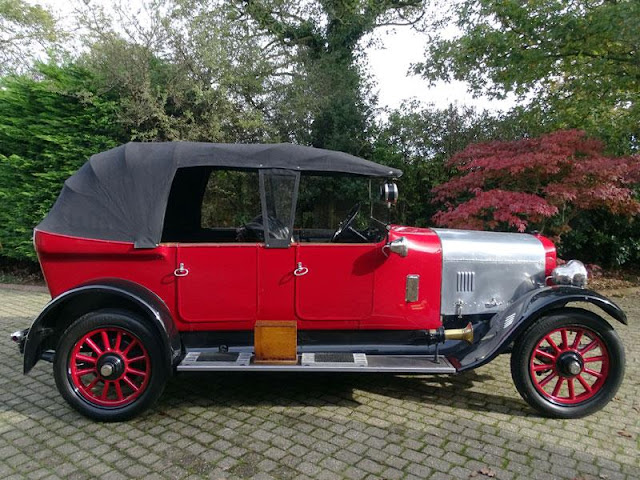 Labelled P1's (with `P' signifying Post War), two prototype Austin Twenties were readied for 1918, a Landaulette and a Tourer. Road registered as `OB 6912', the latter sported a commodious four-door, five-seater body with a prominent hood well and internal storage for two spare wheels. With dreams of producing 25,000 cars a year (a gargantuan increase on the 3,000 that Wolseley had managed in 1914), Herbert Austin despatched Works test driver Edgar Wren on a nationwide trip aboard `OB 6912' to drum-up interest. With a projected price of just £495 for the Tourer and thanks also to the efforts of sales organiser Alfred Dupuis who travelled the Commonwealth and was reliant merely on photos and specification sheets, Austin had attracted some £6,000,000 worth of orders by July 1919. Unfortunately, the company could not fulfil them. The government tax on excess war profits meant that Herbert Austin could not afford to fully equip his expanded factories and the awful carnage of World War One had resulted in a severe shortage of skilled labour. Without the hoped-for economies of scale, Austin found itself losing money on every Twenty sold and thus had to introduce a `temporary surcharge' of £100 per car in October 1919. Things went from bad to worse with the global economic slump of 1920-1921 and by December that year, Austin was in receivership. The company famously bounced back with the Twelve and Seven models and the Twenty remained in production until December 1929 by which time some 15,287 had been made. Famously long-lived, it was not unheard of for a Twenty to cover in excess of 1,000,000 miles. Indeed, the motoring historian and long-term Twenty owner Mike Worthington-Williams has suggested that the model is `the hardest wearing machine of all time'. 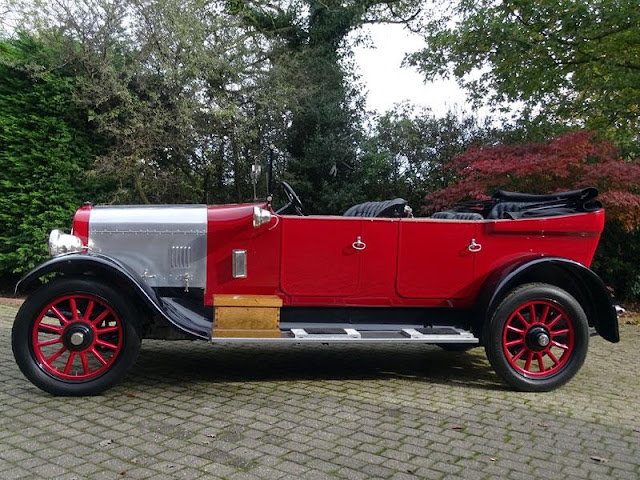 Presumed lost for many years, `OB 6912' was re-registered with the DVLA on August 2nd, 1983. A rolling chassis when found, it was treated to an extensive `ground up' restoration during the 2000s with replacement parts being sourced or made as necessary. Using period photos as a guide the car's Tourer coachwork was painstakingly recreated and fitted with such niceties as an Auster screen, fold-out occasional seats and deep-button Black leather upholstery. There can be comparatively few cars that have been featured in magazine articles ninety-one years apart but as well as gracing the pages of The Autocar in November 1918 and The Austin Advocate in July 1919, `OB 6912' was the subject of a four-page article in The Automobile for August 2009. Described by the vendor as being in `excellent overall' condition with regard to its engine, gearbox, electrical equipment, interior trim, bodywork and paintwork, he succinctly sums-up `OB 6912' as `a true piece of British motoring history' 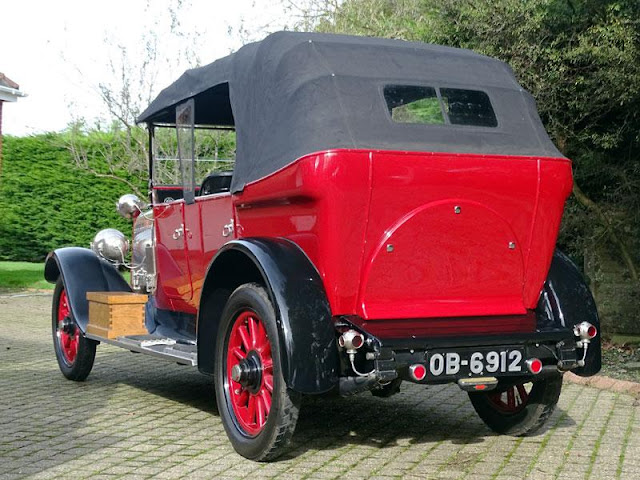