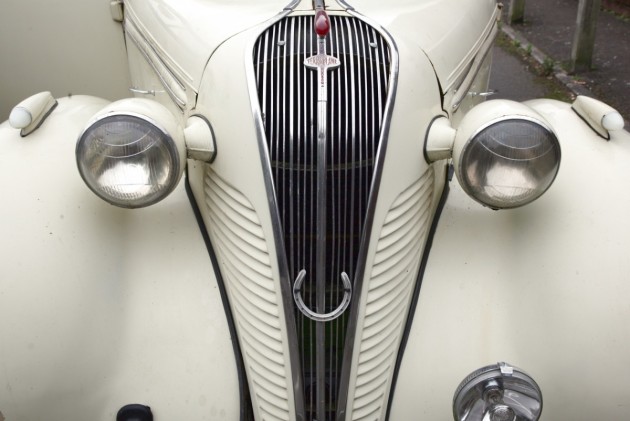 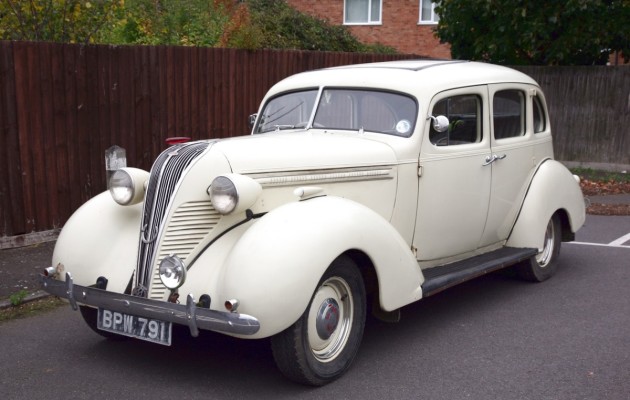 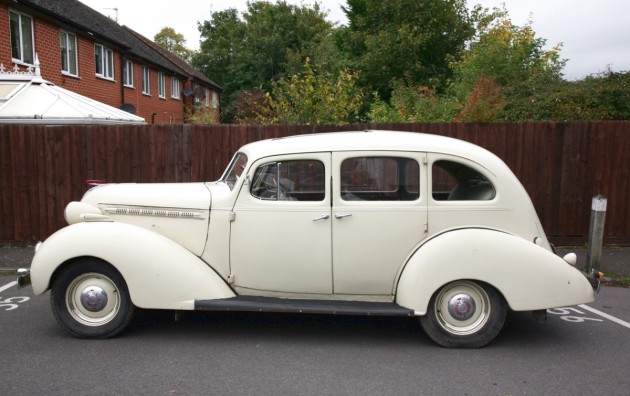 The Hudson Motor Company was formed in 1909 by a group of eight Detroit businessmen, with the objective of building a budget (under $1000) car for the masses. It was named after Joseph L Hudson whose department store financed the operation.
Hudson offered the relatively low priced “Twenty” model to the American market and it was well received with over 4,000 sold in the first year, and 4,500 in 1910. This phenomenal success ranked them in 17th largest by sales in a market flooded with brands. By 1929 Hudson had sales of 300,000 cars in a single year, making them the third biggest US car maker after Chevrolet and Ford. As well as factories in the USA, they produced cars in Belgium, and also in Brentford in the UK where production had commenced in 1925.
From 1934 Hudson started using the more modern brand name Terraplane for some of its models to distinguish from its new Hudson 8.
This Terraplane is a right-hand drive 3.1-litre straight-six example, thought to have been produced at the Brentford factory. It was first registered on 7th May 1937 and spent much of its early life in Norfolk, the first owner selling it in 1949. It had several further owners in the Norwich area before it was purchased and restored by Malcolm Elder in 2009 and used on a classic car rally in France that year. It was at this point that it was painted its current cream colour, as originally it was black from new. There are photos on file that date from its restoration and repaint.
The current owner, who is thought to be the 7th, purchased it in 2011. He has used it for family trips and a few weddings and has fitted a single seatbelt in the back, allowing him to transport his daughter.
The car is fitted with a steering column-mounted electric gear pre-selector and electro-mechanical automatic shifting system, known as the "Electric Hand". This was an innovative and interesting system that allowed the driver to preselect gears electronically, which would be changed when the clutch was depressed, quite advanced for 1937! In case of failure a regular shifter handle was mounted under the dash and could be attached and used if necessary. It appears that although the selector is present, the system is inoperative, probably disconnected and the vendor uses the conventional floor mounted shifter.
The history file shows bills dating back to the 1970s, with the usual maintenance expenditures, plus various larger bills from 2005 to 2009 when it appears the Hudson was treated to a partial restoration. Bills in the history file include repair and reconditioning of the cylinder head (£320), and purchase of engine and clutch parts from the USA ($742). Also in 2006 there are handwritten notes listing £350 for “engine” and £1600 for ”engine labour” so perhaps this for fitting of aforementioned parts? Also a bill from TMW Engineering for an £819 engine rebuild in November 2006 so there was obviously plenty of money spent on the engine in this period!
Overall the Hudson is in useable condition and is registered with the Railton/Hudson Owners Club. It appears to have leaked through its sunroof during storage which has caused some damp and deterioration of the interior which is a shame. The new owner can browse through the folder of catalogues that come with the car for replacement parts and then use the workshop manual that is also included to aid in the fitting! 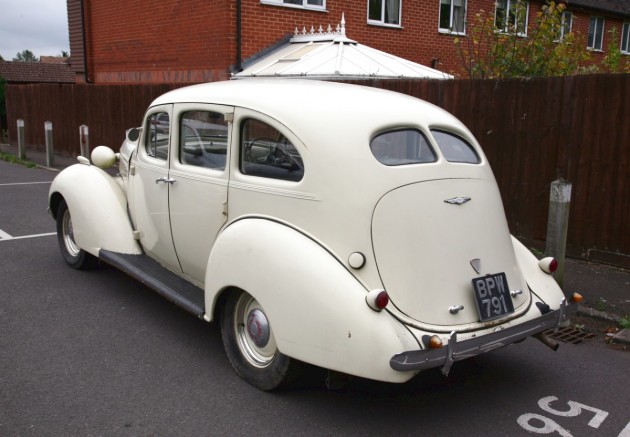