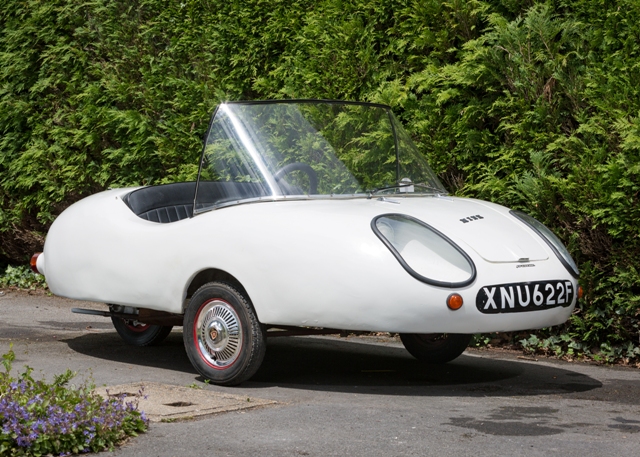 The UK Lambretta importer experimented with the idea of producing a microcar using a Lambretta engine and was once owned by the renowned Lambretta enthusiast and writer,  Mike Webster. This example is the prototype of which production did not take place because, it is believed, handling was not good due to the long frontal overhang. The front two wheels were located halfway along the body and there was no way its road manners could be significantly improved with such a design. It is also alleged that the car was designed to be used as a runabout in Bermuda with a speed limit of 30mph. Certainly there is no evidence of any side screens for the Mink although there is a folding top so perhaps this was to keep the sun off rather than the rain. 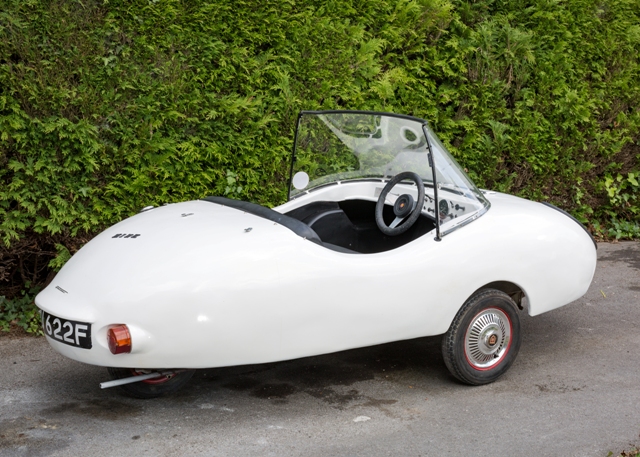 The car was undoubtedly professionally trimmed out and its prototype status is confirmed by the fact that there are at least three different wheel arch profiles visible on the inside of the wheel arches on the fibreglass. The desirable SX200cc Lambretta engine which is currently  fitted would undoubtedly have been able to propel the car up about 70mph. Other unusual features were a 12 volt electrical system with a dynastart mounted above the engine and driving via a 'V' belt onto the crank shaft fly wheel. Braking is hydraulic on the front wheels and hydraulic/mechanical on the rear wheel with a conventional cable operated handbrake on the rear wheel only. This car also comes with a metal frame and soft top plus a full tonneau cover  An interesting vehicle which could be immense fun on the road. 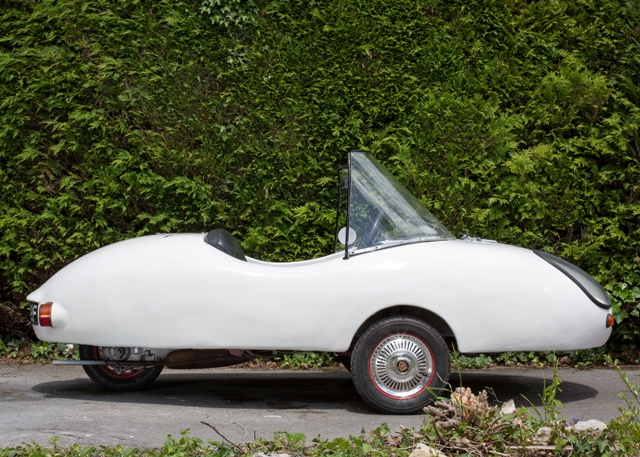