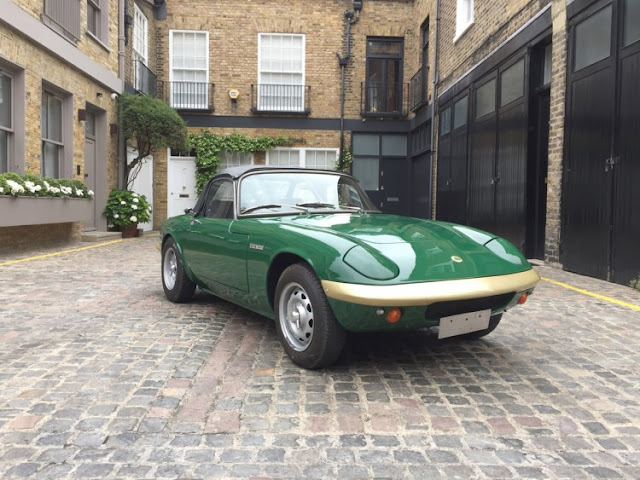 With the introduction of the improved S3 model in September 1965, the Elan became available as a fixed head coupé for the first time, having previously been sold only in drophead form with optional separate hardtop. Other civilising improvements included electric windows, re-designed dashboard and better trim. Powerful, light in weight and endowed with exceptional load holding and handling, the Elan proved an immense commercial success for Lotus, slightly fewer than 9,000 being produced by the time production ceased in 1973. 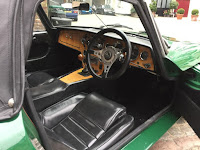 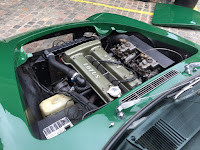 Most interestingly this S3 was not the first road registered until 1980 and we understand from previous sale record research that the car may well have been used in competition possibly by the factory prior to that date, the body tub and the rear wings having been modified to accommodate a wider rear track indicating racing specification.
We understand over the years the car was the subject of considerable restoration including much engine work. Most recently new front disc’s, as well as many mechanical ancillaries, have been renewed making the car an excellent road-going example. Offered in very good mechanical condition all round it has recently undergone a new MoT inspection.
Since its first registration, this charming British sports car has had a mere 4/5 caring owners meaning that it remains in excellent cosmetic order throughout.
Finished in the iconic colour combination of British racing green/gold with black interior, the car is offered with Swansea V5 registration document. The Lotus Elan was named one of the finest handling cars of all time, with light nimble steering and performance to match, this example with its interesting history is certainly a fine example of the marque. 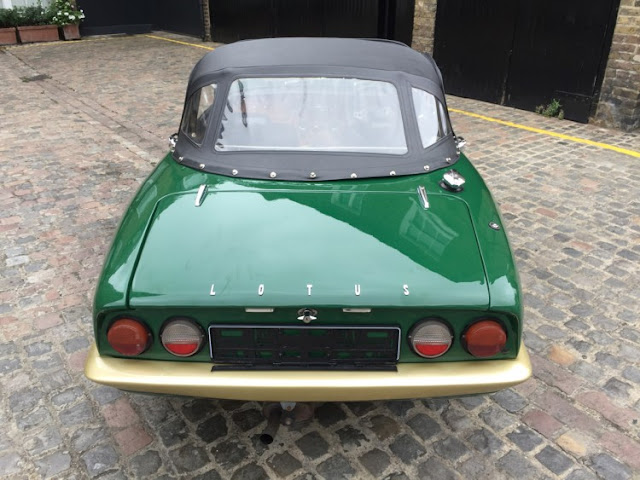