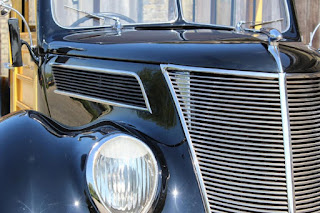 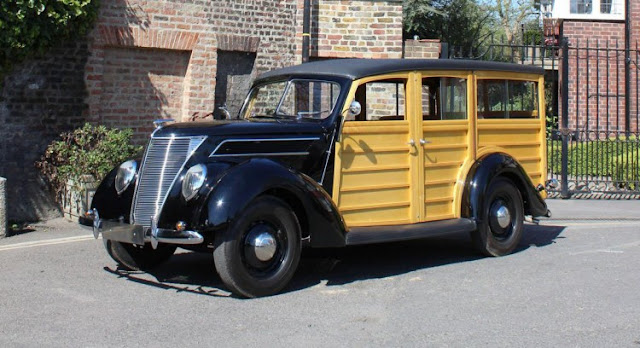 The ‘Woody’ station wagon, with its characteristically half-timbered body, ranks alongside the pickup truck or today’s people carrier as quintessentially American. The style originated in the 1930s, its popularity peaking immediately after WWII, though the style has been periodically revived by manufacturers on both sides of the Atlantic. Towards the end of the 1950s, the Woody became the vehicle of choice among California surfers, who appreciated its ability to carry several passengers and their boards. Surfer pop bands, The Beach Boys and Jan & Dean both referred to them in hit singles, thereby enshrining Woody’s cult status. It has also featured in countless Hollywood movies. Sadly, after active service in World War II having been requisitioned, most were cut down or scrapped when the body timbers rotted, and the relatively few that survive today are both highly prized and increasing in value.
This lovely, highly sought after right-hand drive example of this Pre-War V8 Woody has resided in a significant German collection for the last 12 years. In terms of its condition, both woodwork and deep black coachwork can only be described as beautifully restored, indeed commensurate with a car that has graced such a significant private collection.
The motor car has been restored both in Germany and in the USA and comes complete with supporting invoices, bills and receipts for all the work.  Registered in Germany in 2002, chassis 763718 is currently offered with German road title paperwork and EU taxes paid. This is one of the finest examples of a Woody Coys has seen.  A true piece of Americana, which encapsulates a bygone era