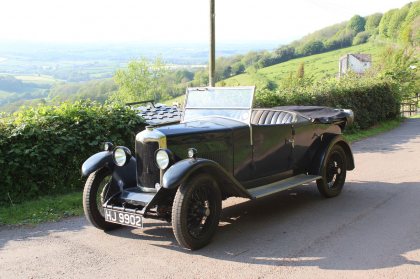 It was the very advanced chassis and more especially the radical new engine design of the Riley 9 that so excited and astonished the motoring world when the new car was seen in prototype form at Shelsley Walsh in 1926. The 4-cylinder overhead valve engine had hemispherical combustion chambers and large inclined valves operated by light pushrods from a pair of camshafts, one for exhaust the other for inlet. These camshafts were set high in the crankcase, and had two splash lubricated bearings. The crankshaft was a very stiff 2-bearing design, fully balanced both statically and dynamically, and this coupled with the excellent cylinder head, designed by Percy Riley, allowed the engine to rev freely and produce exceptional power from only 1100 ccs. The chassis was entirely conventional but very well designed with a robust 4-speed gearbox and powerful 4-wheel brakes adjustable from the cockpit. The low build endowed the chassis with exceptional road holding, and the '9' established a series of quite exceptional light cars many years in advance of the norm. 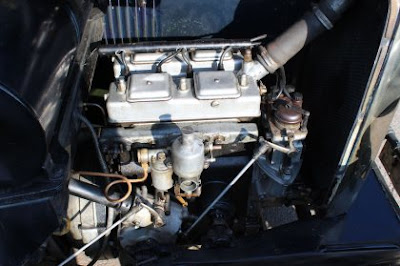 The open four door four seat tourers were built with fabric or aluminium panelling, as here, on an ash frame, and the early cars weighed only 17 ½ hundredweight, allowing brisk performance with 45 mph available in third, nearly 70 mph in top, and an average of 40 mpg. S.C.H. Davis competed in the 1927 Lands End Trial in one of the first tourers available, and development continued apace by J.G. Parry-Thomas and later Reid Railton, eventually culminating in the Brooklands Nine 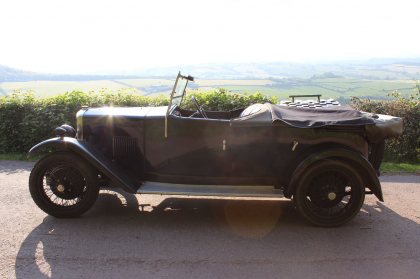