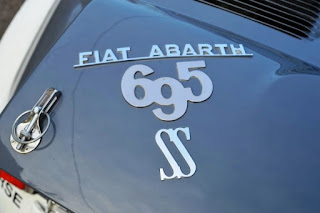 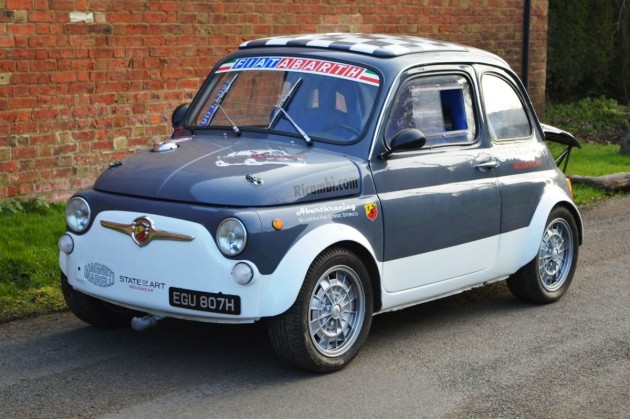 A masterpiece of minimalist motoring, the Dante Giacosa-designed 'Nuova' 500 was launched in 1957 to replace the famous and much-loved 500 'Topolino'
Making our own Mini look positively bloated, its tiny curvaceous body nevertheless had room for two adults and two bambini and gave the 500 huge character. Powered by a miniscule twin-cylinder 499cc air-cooled engine with a four speed crash gearbox, the car was an instant success both at home and abroad. 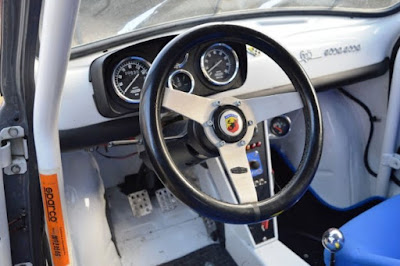 Fundamentally unaltered throughout its 18-year production life, the 500 was fantastic value for money with all independent suspension, a heater and full length sunroof as standard when many much more expensive cars still listed these as options.
Being Italian, it’s no surprise that sporting versions of the 500 soon appeared, the rortiest of these being produced by leading engine-tuner, Carlo Abarth. One of the more distinctive upgrades was the 695's horizontally-mounted rear engine cover, which not only looked the part but helped both engine cooling and aerodynamic stability. 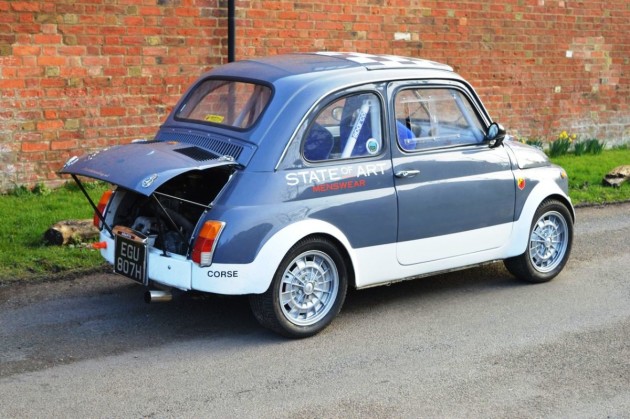 EGU 807H is a no-expense spared 'simulazione' of the ultimate Fiat 500-based factory hot rod: the Fiat Abarth 695 Esse-Esse. This car started life as a standard LHD Fiat 500, but was drastically transformed about 10 years ago by Dutch specialist parts supplier, Fiat 500 Ricambi, following a thorough and well-executed body restoration.
The vendor bought the car in 2015 and immediately felt that there was room for improvement, so handed it over to leading Fiat 500 and Abarth specialists, Middle Barton Garage. They went over the car in their usual thorough manner, righting all manner of sins of commission and omission: the extensive bills on file show just how comprehensive this work was. 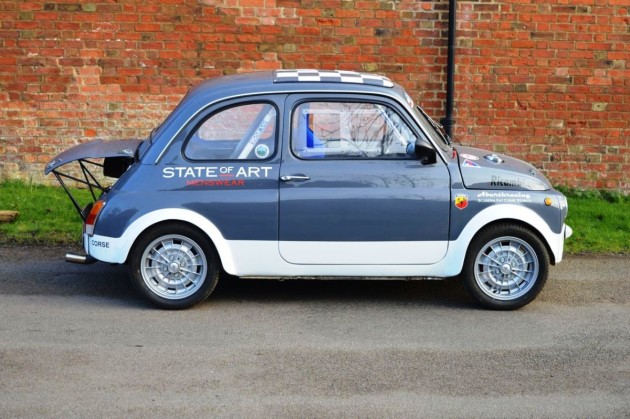 The one thing they didn’t work on was the engine, and – sure enough – that soon went bang in a big way and the car returned to Middle Barton for comprehensive engine work. They fitted new valves, guides, uprated cam, crank, rods, etc. (the776cc pistons were about the only salvageable internal items from the original motor).
MCT Motorsport then did the final tuning on the Weber DCOE40 carburettor and Magnetti Marelli electronic twin-coil ignition and distributor to record a stunning 44bhp at 5,180rpm according to the rolling road printout on file - that’s 6bhp up on the Abarth version in period and a truly massive improvement on the standard engine’s 17.5bhp! This rebuilt unit has now covered just 530kms since completion and the car is due to have a fresh MOT by the time of sale. 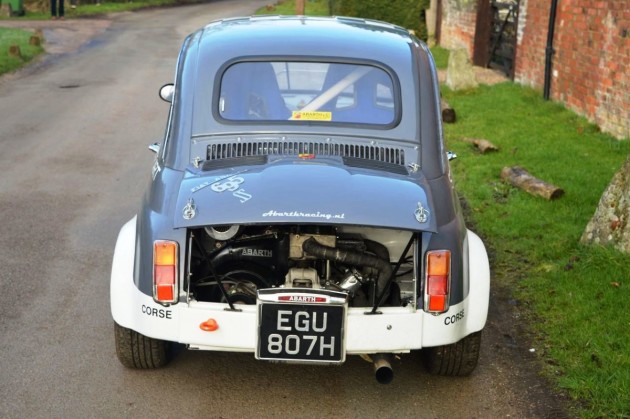 
EGU 807H has an exhaust note worthy of its specification and performance and presence to match. Original Abarth 'works' examples are exceptionally rare and their price is beyond rubies, making this beautifully executed and carefully developed replica a most enticing proposition given that the performance parts alone would cost more than the very reasonable estimate suggested. Everyone who's seen it has simply fallen in love with it as we are sure that you will too. 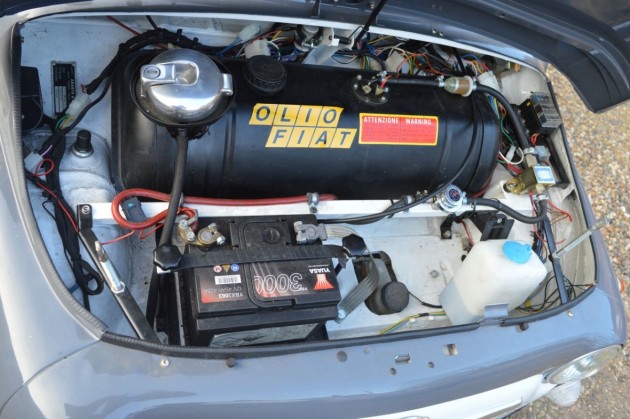