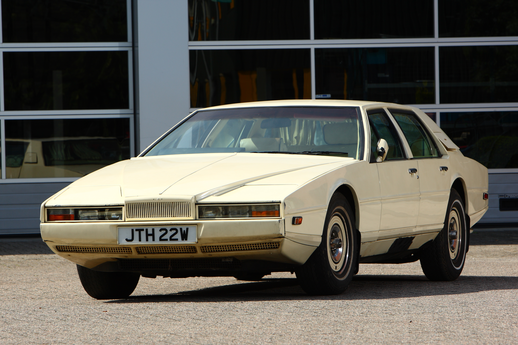 The Aston Martin Lagonda was a luxury four-door saloon built by Aston Martin of Newport Pagnell, between 1976 and 1989. A total of 645 examples were produced at an average selling price of £150,000, and the name was derived from the Lagonda marque that Aston Martin had purchased in 1947. Aston Martin was facing severe financial pressure in the mid-1970s following the petrol crisis and the Lagonda was aimed predominantly at the US and Middle Eastern markets.
The Lagonda was the first production car in the world to use computer management, a digital instrument panel and second series cathode ray tubes for the instrumentation. It combined striking styling with an opulent, 'members club' leather interior, and with its state-of-the-art instrument panel was a veritable spaceship. Coupled to a Chrysler 3-speed "TorqueFlite" automatic transmission, its quad-cam carbureted V8 could provide massive linear thrust when required. The later Series 3 and all Series 4 models were fuel injected.
th the intention to restore the car as a ‘running project'. Unfortunately, the restoration was not completed and the car was stored for many years. Prior to coming off the road, this Lagonda was registered to previous owners including a Mr. G Williams (regis 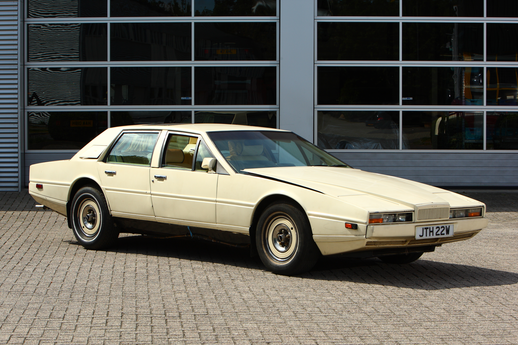 More recently, the car has been to a leading Aston Martin Heritage specialist for a full inspection. The engine is reported to run very smoothly and show good oil pressure. The electrical system is still in working condition, as is the digital instrument panel. The Aston Martin Heritage dealer has taken the car for an extensive test drive to test all main functions of the car like the engine, brake system, fuel system etc.  "For a car that has stood for such a long time, she still shows remarkably good technical condition." 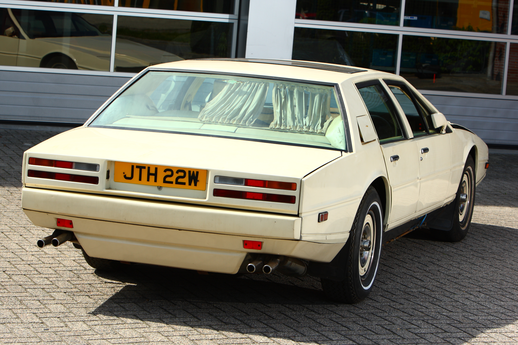 Understandably, the car does require a restoration but "she really does deserve a second chance." Offered without reserve, this Aston Martin Lagonda is sold strictly as seen and we encourage prospective bidders to inspect the vehicle prior to bidding.
Finished in Laguna Beige bodywork with matching cream leather upholstery, this very rare car would make an ideal restoration candidate and deserves to be fully road-worthy once again. Interest in these dynamic Lagondas has certainly risen in recent years, as collectors acknowledge their limited production numbers, futuristic styling and advanced eighties technology. 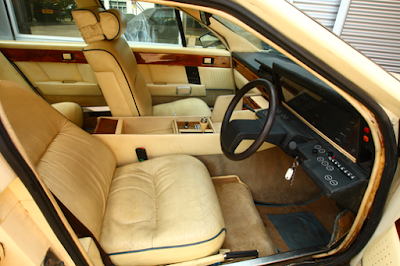 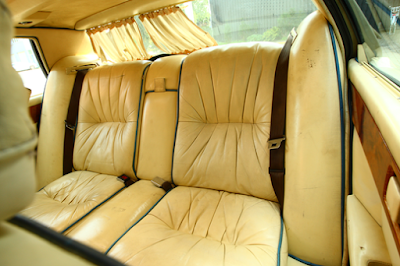 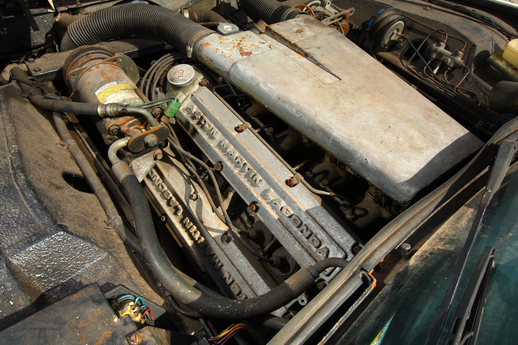