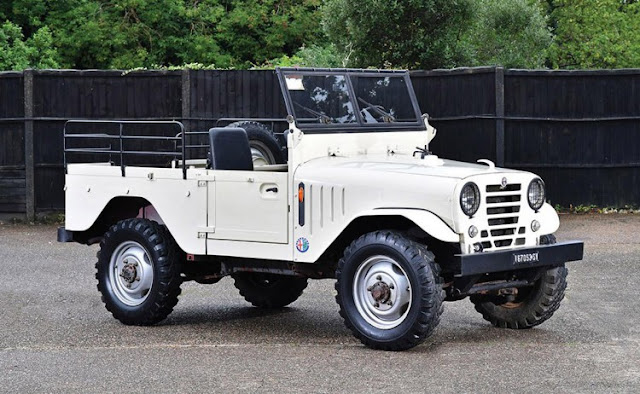 Despite the obvious, AR does not stand for Alfa Romeo, but rather Autovettura da Ricognizione, or reconnaissance vehicle. Based on a formula devised by Italy’s Ministry of Defense, Alfa Romeo took to the challenge to design a vehicle that could overcome all obstacles. Somewhat irreverently, it was also called the Alfa Matta, which translates to Mad Alfa, the forebear of the modern sport utility vehicle. Alfa delivered 2,000 to the Italian government, along with another 50 for civilian use. It was produced from 1952 to 1954, when it became known as the AR52.
Specifications issued by the Italian military for a reconnaissance vehicle referenced the ubiquitous Willys Jeep, of which there were many in Italy following World War II. The first step of Alfa’s design team, headed by Giuseppe Busso, was to acquire a Land Rover, a vehicle considered superior by the design chief in comparison to the American Jeep. By April of 1951, a prototype based on the Land Rover, with a new front end and a 65-horsepower, 1,900-cubic centimetre twin-cam engine, took to the road, driven by Consalvo Sanesi.
Only a few days later, the army’s representative, Colonel Garbani, identified a number of problems to be addressed. A brand new prototype appeared on 5 October. Fitted with independent front suspension and a rigid rear axle, four-wheel drum brakes, and a torpedo-shaped body that could be covered with a canvas top for all-weather protection, it weighed just 1,250 kilograms. This time, Colonel Garbani reported favourable results, and the vehicle was put in production. Engineer Antonio Alessio, then managing director of Alfa, saw the vehicle in action, and it is he who is credited with nicknaming it the “Matta.”  Ultimately, the Ministry’s order went to Fiat. Most of the AR51s produced went to Italy’s Carabinieri, army, and police force before production ceased. Interestingly, the vehicle was entered in the 1952 Mille Miglia in the Military Vehicle category, beating the similar Fiat Campagnolas by 42 minutes. Later, the off-roaders appeared in the Monte Grosso, Artico Lualdi, Fratellanza, Peace, and the Vaticano–Peking raids, as well as the Bonzi Expedition to Indonesia.


This spartan Alfa Romeo reconnaissance vehicle is in off-road-ready condition and willing to take on any terrain one could find themselves crossing. In the unlikely event one should get stuck in a rut, the rear-mounted spade and pickaxe may very well come in handy. A unique alternative to the Willys Jeep and Fiat Campagnola, this Alfa Matta will be a sure-fire hit to any collector. 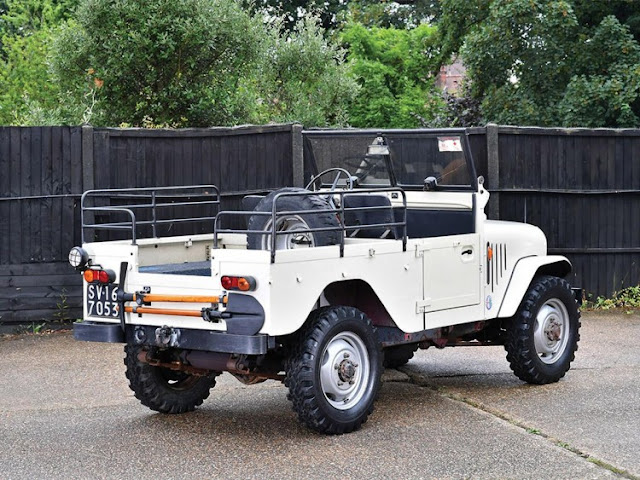 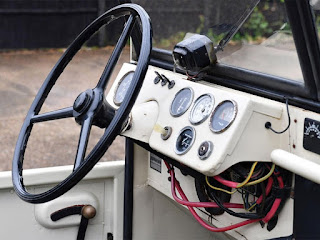 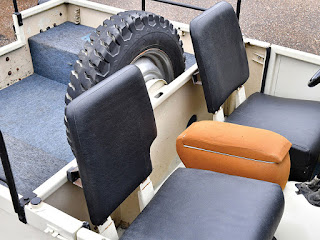 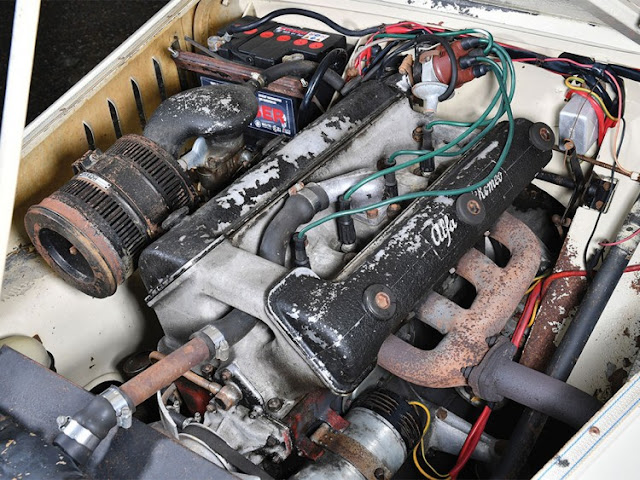