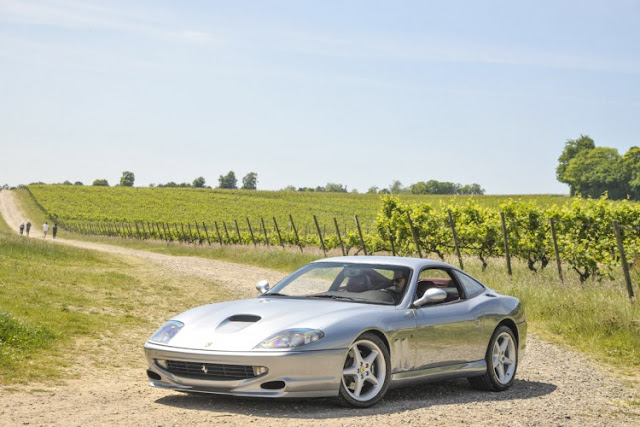 With the introduction of the 550 Maranello in 1997, Ferrari returned to its tradition of building front-engined V12 sports cars, resurrecting a line that had remained dormant since the demise of the 365GTB/4 ‘Daytona’ in 1974. The heart of any Ferrari is its engine, and the 550 Maranello’s 48-valve, 5.5-litre V12 developed 485bhp at 7,000rpm, some 100-or-so horsepower more than the Daytona’s.
Ferrari had discovered long ago that providing optimum balance in a front-engined sports car necessitated the use of a rear transaxle, and the Maranello’s came with six speeds. The power train was housed in a tubular steel chassis, to which was attached aluminium coachwork, while the all-independent suspension incorporated dual mode (normal/sports) damping- switch selectable by the driver- which was complemented by speed sensitive power assisted steering. 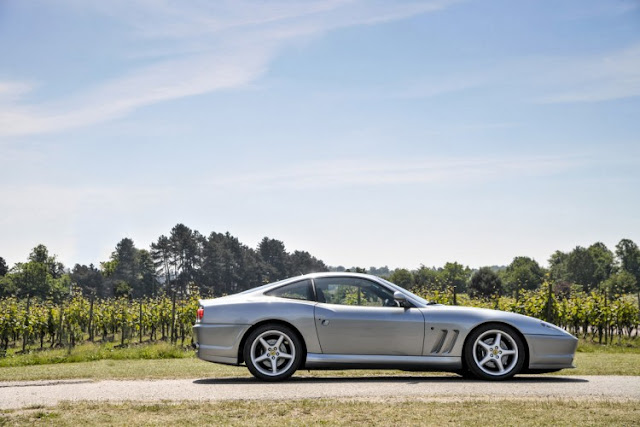 Styled by Pininfarina like its illustrious ‘Daytona’ predecessor, the 550 Maranello was similarly proportioned, adopting the classical combination of long bonnet, small cabin and truncated tail. The body’s aerodynamics were developed in the wind tunnel, where hours of testing ensured that the minimum of drag was combined with constant downforce regardless of set up, an important consideration in a 200mph road car. Styling details such as the bonnet air scoop and hot air outlets behind the front wheelarches recalled the great “competizione “ Ferraris of the past- in particular the immortal 250GTO- while the tail incorporated Ferrari’s characteristic twin circular lights.
This immaculate left hand drive Ferrari 550 Maranello has only 3 previous owners with full Ferrari approved stamped history and all receipts and invoices documented from new. Imported from its home country of Italy the car still wears its original plastic covers on the carpets as from the factory. 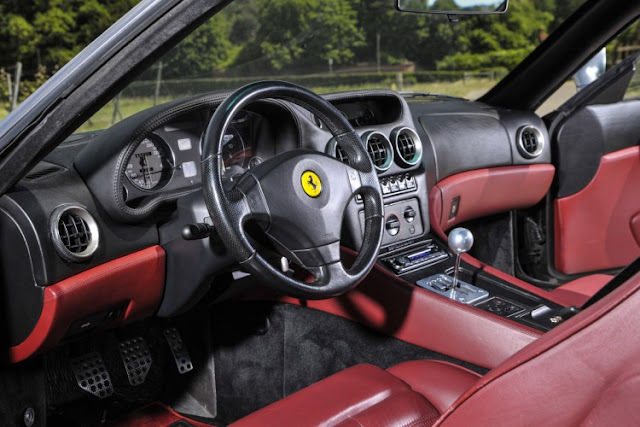 During its ownership it has benefitted from a new clutch and new silencers in the last 16,000km (9,900 miles) with new timing belts, tensioners and fuel injection sensors in 2014 and front shocks changed in 2015. Both interior and exterior are in near-perfect condition, with practically no wear at all. The car’s Tubi rear silencers give a lovely soft rumble at idle before quietening as revs rise but the car remains very subtle. Original silencers are included with the sale and are in excellent condition.
The car was featured and photographed in Formula Life magazine as a prime example of its type and copies of the magazine will be supplied with the car. Still showing under 90,000km (56,000 miles) with UK registration and fresh MOT, this fantastic example works perfectly as both an appreciating investment or as a usable modern Grand Tourer 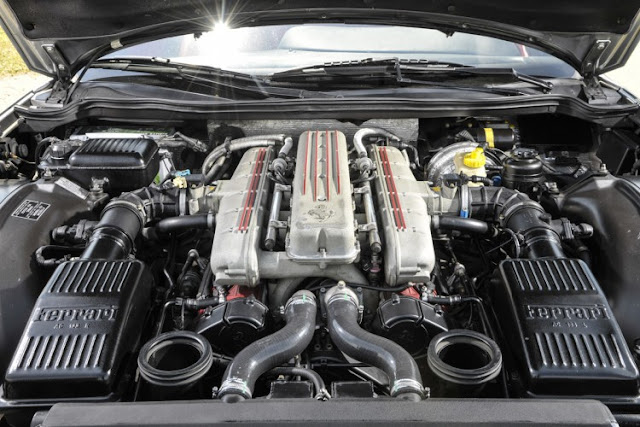