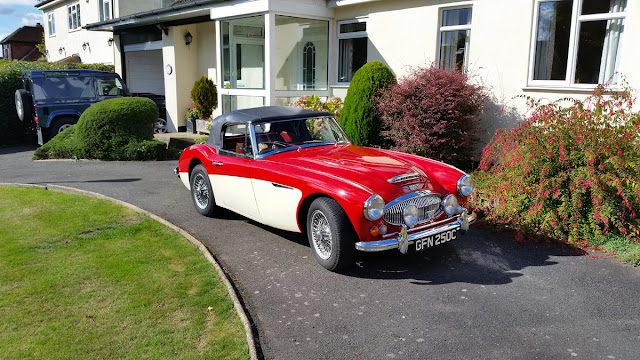 Launched at the New York Motor Show in March 1959, the Austin-Healey 3000 retained the muscular good looks of its 100/6 predecessor while providing a useful increase in performance thanks to a larger-capacity version of the long-established C-Series engine. Over-bored to 2,912cc, the latter produced 124bhp, good enough for a top speed of 114mph with the optional hardtop in place. Otherwise, the car was much as before, though Girling front disc brakes were a welcome improvement. Introduced in 1961, the MkII in Convertible form brought improved practicality courtesy of a fixed foldaway top and winding windows. From now until the end of production the only model available would be the 2+2, the less popular two-seat version having been dropped.
The 3000 MkIII with 148bhp engine appeared early in 1964, to be followed later in the year by the Phase II version with increased ground clearance – addressing a long-term criticism – and revised rear suspension incorporating twin radius arms instead of a Panhard rod. Top speed was now 121mph and the 0-60mph time dipped below 10 seconds. Despite the antiquity of the basic design the big Healey remained as popular as ever, though increasingly stringent safety and emissions legislation meant that its days were numbered. By the time production ended in December 1967, over 16,000 Phase IIs – by far the most popular variant – had been built.
Originally a Right-hand drive home market model, this Phase II was restored just 3,000 miles ago, and comes with comprehensive related documentation and photographic record.
The car is finished in Colorado Red over ivory with black vinyl upholstery and walnut dashboard, while other noteworthy features include overdrive transmission, silver powder-coated wheels. A BMIHT certificate and Swansea V5 accompany the car 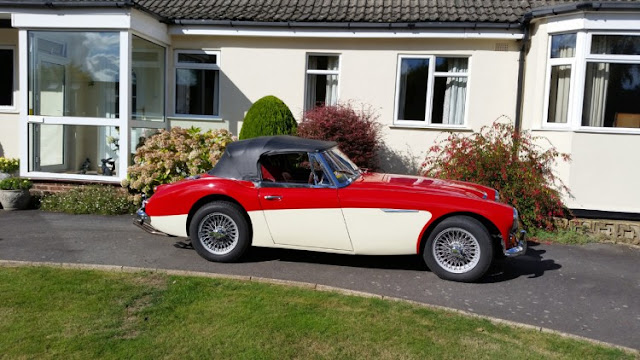 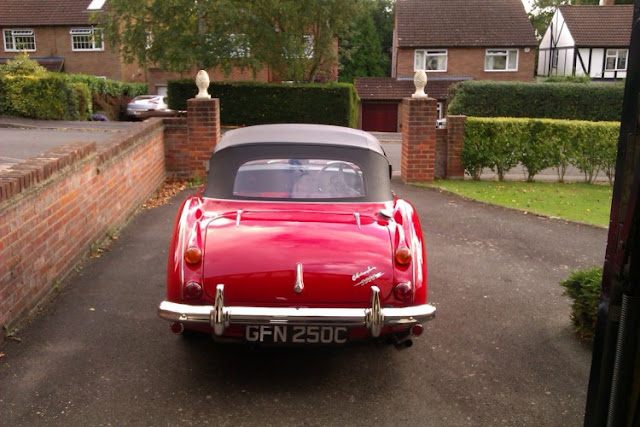