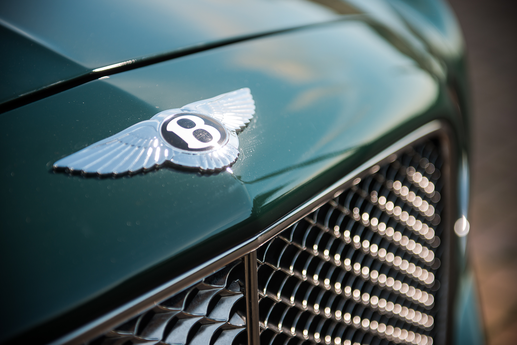 2012 BENTLEY MULSANNE
Formerly the Personal Conveyance of HM The Queen 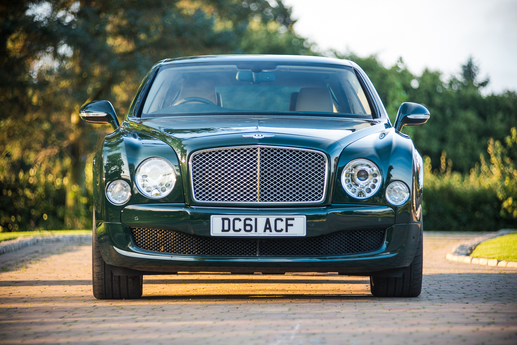 For the last few decades now it has been traditional that Her Royal Majesty Queen Elizabeth II would arrive at ceremonial occasions in her State Limousine at the head of a fleet of official cars. These Rolls-Royce Phantom limousines and Daimler DS420s were traditionally finished in Garnet over Black, and with the Coat of Arms on the door and the Royal Standard fluttering in the breeze, sparkled like a crystal chandelier.  Polished to perfection and regularly maintained, they are a credit to the dedicated staff at the Royal Mews, however, they were not getting any younger and in early 2001 it was deemed that the time had come for something more modern. 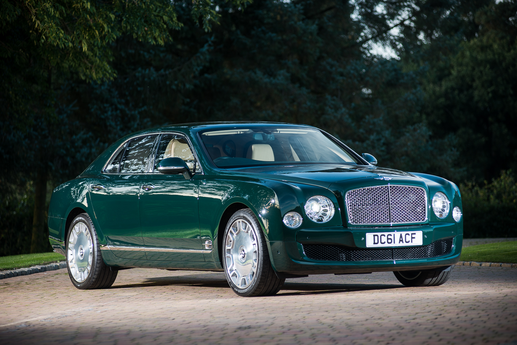 As one of only four car makers who hold a Royal Warrant to supply vehicles to the Royal Household (the others are Jaguar Land Rover, Vauxhall, and Volkswagen) Bentley Motor Cars were delighted to be asked to design and build two Bentley State Limousines for Her Majesty's Golden Jubilee tour of Great Britain. Bentley's former bedfellow Rolls-Royce had, at that time, become a symbol of largesse and ostentation, whilst the Bentley brand continued to be, as it always had been, the transport of choice for those who would prefer to be seen as more modest and understated. 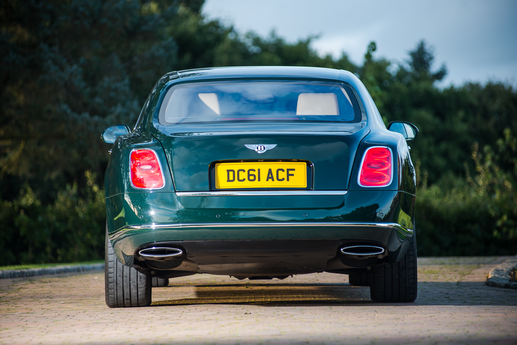 For private events and lower profile duties, The Queen would normally arrive in a Range Rover, Daimler or Bentley. Whilst the Range Rovers were usually pressed into service at Balmoral and Sandringham, there arose a need for the need for a more subtle, but nonetheless luxurious car for The Queen's Diamond Jubilee year of 2012. Whilst the two Bentley State Limousines would be in service across the country, they did weigh a considerable amount as a result of the armour plating and armoured glass, and on long journeys at an average of 9 miles per hour and 5 miles per gallon they were just not suitable. Bentley, once again, came up with the solution and created a very special version of their top of the range Mulsanne which they delivered to the Royal Mews in early 2012. 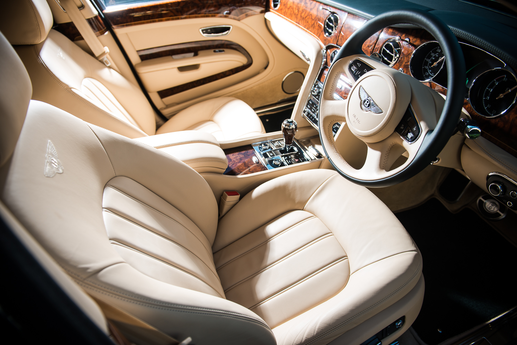 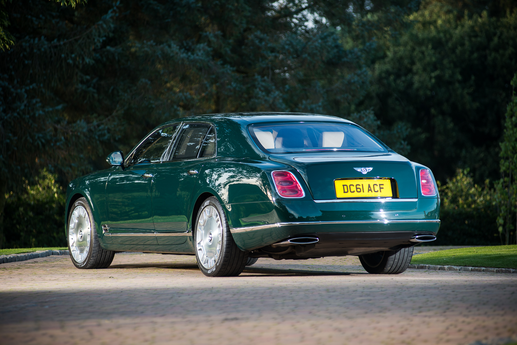 The car is finished in Barnato Green,  a very 'British' shade of green named in honour of Joel Woolf Barnato, a British financier and racing driver. Barnato was one of the original “Bentley Boys” of the 1920s and he achieved three consecutive wins at Le Mans. It’s fitted with walnut burr veneered picnic tables, door panels and rear quarter vanity lights and the walnut veneered waist-rails featured inlaid Royal crests. Subtle security features were installed befitting a Head of State's car, including front and rear blue flashing lights,  and strengthened glass where appropriate. The Mulsanne was used largely for London-based occasions from 2012 to 2014, and, most famously, it was this Bentley that conveyed The Queen to her only Cabinet Meeting at 10 Downing Street in 2012, flanked by police outriders, and David Cameron opened the door for her in front of the World's Media. Her Majesty was conveyed in the car to the London Clinic to visit Prince Philip on his 92nd birthday in 2013 during his convalescence from surgery. There is extensive online video footage of this car being used throughout its time as The Queen's car. 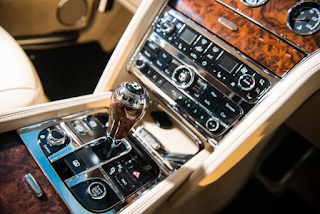 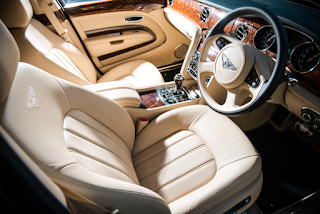 As is common with cars that have been in high profile use by the Royal Family, registration numbers are changed and interior and security features removed when they are returned to the manufacturer. During The Queen's tenure the registration number, as seen extensively in the media, was DK61 FHM. Copy service records from Jack Barclay Bentley dated 3rd December 2013 show that chassis number SCBBA63Y5CC016596 received a service under registration number DK61 FHM and, for reasons of security at the time, the client was Bentley Motors Ltd. One aspect of the car's return to 'civvy street' that appears to have been overlooked is the sat-nav which, when the 'Home' button is pushed, immediately starts taking you to Windsor Castle!
This amazing piece of  British history is presented to auction in superb order showing an odometer reading of a shade under 6,000 miles with an MOT until April 2017. This Mulsanne is a modern and usable luxury car that has the virtually unrepeatable distinction of having once been The Queen's car during a period of intense media exposure and presents a collector with a rare opportunity to purchase a car that has been used to good effect by our longest reigning monarch.