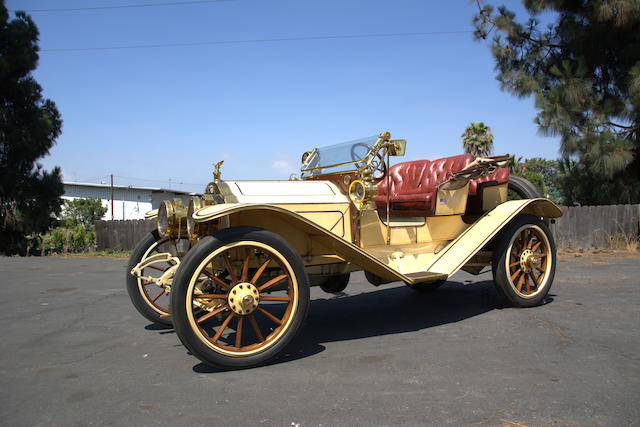 Wagon makers since the middle of the 19th century, the Studebaker brothers of South Bend, Indiana had been active in commercial vehicle manufacture long before the arrival of the "horseless carriage". Having made a fortune out of horse-drawn transportation, the Studebaker Brothers Manufacturing Company built the first of its own automobiles – an "electric" designed by Thomas Alva Edison – in 1902 and its first gasoline-powered motor car – an 8hp twin – late in 1903. In 1904 a twin-cylinder 16hp chain-driven model was added, followed by a 20hp "four" with shaft drive in 1905, both of which used chassis supplied by A. L. Garford of Elyria, Ohio; indeed, up to 1911 cars were marketed under the Studebaker-Garford name.

In 1908 Studebaker commenced an association with the E-M-F company, whose cars it marketed. Eventually, in 1910, the Detroit-based manufacturer was overtaken to form the Studebaker Corporation on January 1, 1911, at which time the link with Garford was broken. By this time the range consisted of a brace of fours, the Models G-8 and G-10, of 40hp and 30hp respectively.

Dating from the latter part of Studebaker-Garford production, this handsome example is fitted with the Runabout-style bodywork. Although the car's history remains unknown, the car is believed to have been imported to Japan in the 1990s, where the car formed part of a museum collection until just recently. A plaque on the car suggests that the car was displayed at the 60th Anniversary of the famous German racetrack, Nürburgring.

Displaying an older restoration with a lovely patina on the cream paint and red interior, this sporting Brass-era car is said to have run a few years back, and would most-likely run again with some light mechanical refurbishments. Offered with miscellaneous Studebaker literature, this would be a great car to enter into some Brass-era touring
Posted by jeffharris at 18:45