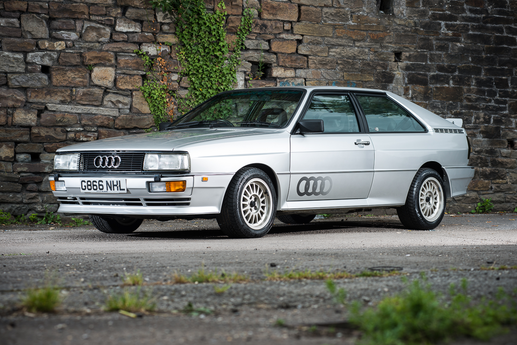 The Audi 'Quattro' presented at the Geneva Motor Show in March 1980 represented a quantum leap in the repositioning of the Audi brand with their mission statement "Vorsprung durch Technik" having been applied literally. A new 20-valve engine was introduced in 1989 and with it, the Quattro became the last series production model to be given a controlled catalytic converter. After 11,452 Quattro cars had been built, production of the longest built Audi model ceased on 17 May 1991.
This 20-valve Audi Quattro RR Turbo was supplied new to the UK by Audi and VW main agent Gilders of Sheffield on 25th April 1990. The first owner was a Mr M.Chappell and amongst the factory options he selected were heated seats, central locking, ABS, larger alternator, electric windows, ‘Quattro' design interior, and Chrystal Metallic Silver bodywork. Despite an ownership change to his business and then back to him personally, this is effectively a one owner from new Audi Quattro.
The original service book shows evidence of regular service intervals and the car was last serviced by Audi specialists Swift Performance of Sheffield in April 2016. The service book, some invoices and a good number of previous MoT certificates substantiate a total mileage of a mere 16,231 miles.
As one would expect for such a low mileage example, this Quattro is in show condition and is the best example we have ever seen. The paint is in fine order and the shut lines are superb. The engine bay is extremely clean and shows no signs of modifications with factory correct finishes, stickers, and fittings. The interior is in very good condition and is completely original.
Finding an original 20v Quattro is hard enough in the current marketplace, but one showing just 16,231 miles is a truly special proposition. With BMW E30 M3s and Mercedes-Benz Evo models hitting new heights in recent years, it seems that the humble Quattro will inevitably follow in their footsteps. With world rally winning pedigree and a growing cult status, the demand for low-mileage Quattros is surely going to increase for many years to come.
We encourage pre-sale inspections and prospective bidders should contact the office for further information on this true ‘best-of-breed' example. Your chance to relive the glorious 1980s in ‘the' car of its era! 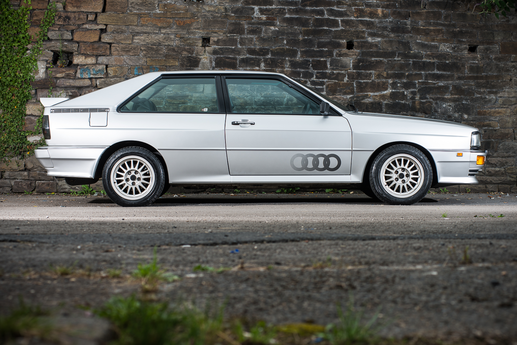 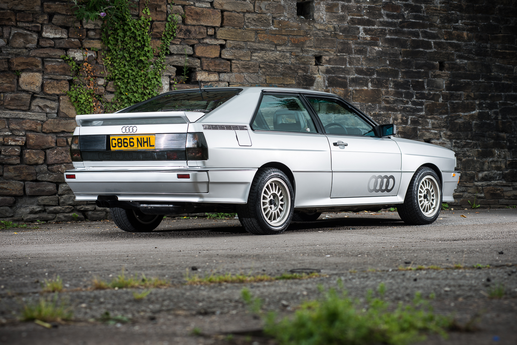