UNDER THE HAMMER
AT 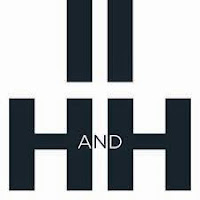 - Licence-built Austin 7 derivative that was brought over from S.W. France in 2002
- Paint, trim, chrome, engine and wiring restored in 2007 plus new tyres
- Not registered for, or used on, the road for circa 40-50 years
By the time that Lucien Rosengart decided to build cars under his own name during the mid-1920s, he had already held pivotal roles at both Citroen and Peugeot and supplied components to numerous other French marques. Operating from premises in Neuilly-sur-Seine and employing the services of former Citroen designer Jules Salomon, his first products were licence-built Austin Sevens. Mechanically similar but visually distinct from their British counterparts, the Rosengart LR series cars remained in production until 1939.
Reputedly last on the road some 40-50 years ago, this handsome Rosengart LR4 N2 is thought to date from circa 1936. Discovered in the Bordeaux area of South West France (close to Bergerac) during 2002, it entered the current ownership that same year via an Oxfordshire company specialising in architectural ironwork. A dismantled project when acquired, the Rosengart underwent much restoration work during 2007 including: a repaint, re-trim, refurbished chromework, new wiring, fresh tyres and an engine overhaul. Currently running and driving, the vendor nevertheless considers that the LR4 N2 would benefit from recommissioning and attention to its brakes, steering and suspension if only because it has not seen a public highway for decades. Sporting an early example of the marque's distinctive 'Fencer's Mask' radiator grille not to mention a one-piece bonnet, bench seat and wire wheels, this stylish Rosengart Coupe will require registering prior to road use.

THE DAILY AUCTION PICK
BROUGHT TO YOU BY:
CLASSIC CHATTER