DAILY AUCTION CHOICE
BROUGHT TO YO BY: CLASSIC CHATTER
Visit or website at: www.classicchatter.co.uk 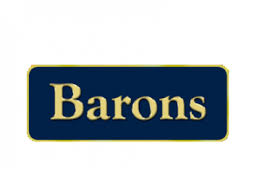 The Toyota Sera is a 2+2 hatchback Coupe designed and built by Toyota from 1990 to 1996. Although produced solely for the Japanese market, it raised interest overseas and has since been imported by car enthusiasts around the world. It was initially unveiled in 1988 as the Toyota AXV-II concept car in almost production-ready form. The name comes from the French word meaning "will be", the French verb "being" in future tense,  which is indicative of both the overall futuristic design and also the closeness of the concept car to the final production version. The Sera is most notable for its Gullwing doors which tilt up and forward when opened, and the canopy constructed largely of glass panels.
A Gullwing for Fiesta money! These Toyotas are becoming rare and collectable. The car starts and drives very well, and there is some Service History. This car turns heads wherever it goes! The vendor has run out of space, so, reluctantly it has to go.
Note: This description is provided by the vendor and unless otherwise stated is 'Not Verified' by Barons or any person employed by Barons. Prospective purchasers are advised to satisfy themselves as to the accuracy of any statements made, whether they be statements of fact or opinion.
GUIDE PRICE: £2,500 TO £3,500