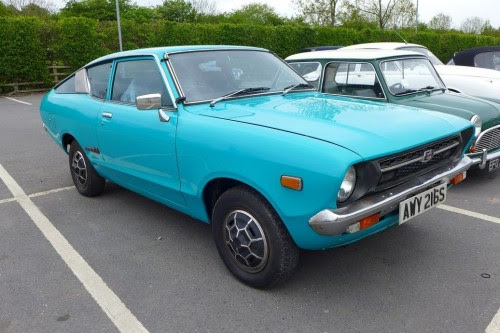 In production from 1966 until 2006, the Datsun Sunny, later known as the Nissan Sunny, was made in a truly bewildering range of models, specs and sizes and in mind-numbing quantities.
From 1973 until 1977, Datsun were busy with the B210 version. Exported to the UK as the Datsun 120Y, it used a conventional layout, including a super 1,288cc ohv engine of unusual refinement, rear wheel drive, and a range of body styles into which Datsun's stylists had thrown the proverbial ‘kitchen sink’. Now that ‘70s retro is back with a vengeance, the 120Y is considered by many as rather chic, but at the time it was considered more chintz curtains than Kings Road. Its huge success came through its superb reliability, high level of standard equipment and attractive pricing, making Datsun the second most popular imported brand in the UK.
It is amazing to think that out of the countless thousands sold, just 25 Datsun 120Ys remain listed on the DVLA computer according to the endlessly fascinating ‘how many left’ website, although they did have the capacity to rust away in front of their owner’s eyes.
This rare survivor is believed to have covered just 67,000 miles from new and has four old MOTS on file. Its most recent MOT expired in March 2014 so it is due a fresh test before it can be driven once more on the roads.
We are advised that it has had a recent respray in its correct Turquoise and that in true Datsun style, the interior has worn incredibly well and looks very good indeed.
There is a rapidly emerging following for ‘60s and ‘70s Japanese cars, so this is a rare chance to grab this cult classic while you still can.