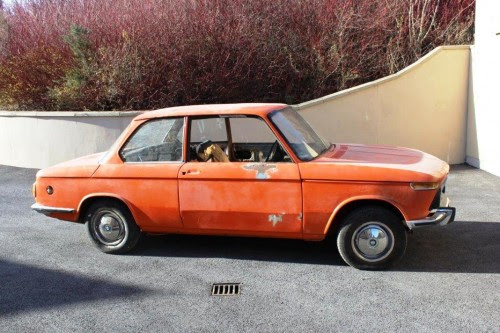 1976 BMW 1502
BMW launched its ‘Neue Klasse’ (‘New Class’) range of compact saloons and coupes in 1962 and it is no exaggeration to say that they were the cars that saved the company.
Up to that point BMW had been best known for making beautifully engineered but incredibly complex and expensive machines that no-one outside Germany could either afford or understand. With its crisp, modernist styling, brilliant chassis dynamics and superb engineering, the Neue Klasse changed all that at a stroke and established BMW as a truly international brand.
Although it was the pocket rocket 2-litre 2002 that everyone raved about, the smaller 1602 and 1502 were arguably better cars, being better balanced and cheaper to own and run. An economy version of the 2002, the 1502 was launched in 1975 with a low compression 1.6-litre engine producing 74bhp which, allied to a 4-speed gearbox and a light 980kg kerb weight, gave it a top speed of 96mph and a 0-60 time of 14 seconds.
With exemplary handling and reliability, it was the car that many young motoring enthusiasts aspired to and proved such a success that it stayed in production until 1977, running parallel with its successor, the 3 Series, for two years after production of the other 02 models had ceased.
This February 1976 car was last on the road in 1996 and has been in storage since. The vendor acquired the car about a year ago and was planning to treat it to a full restoration, partially dismantling the car to get the process underway. However a change of plans and too many other projects means that he has now decided to let it go to someone with more time to devote to the task.
He believes that it should be a fairly straightforward restoration as the shell is remarkably sound with no obvious rot or signs of accident damage and it still retains its original engine and 4-speed manual gearbox. The indicated mileage of 107,053 is believed genuine and is backed up by a good history file and various old MOTs. Supplied with a set of keys and a V5C it should keep someone happily occupied over the next few months and will make a handsome and stylish classic once completed.
With only 34 examples of the 1502 still UK registered according to DVLA figures, this is now a very rare model and deserves to be saved for future generations to appreciate. 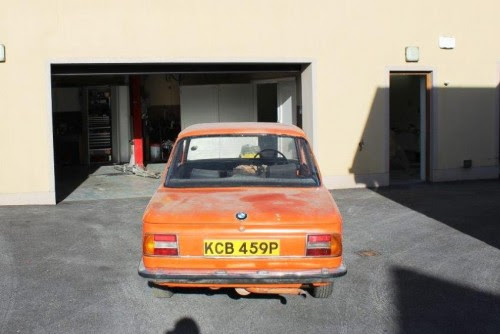