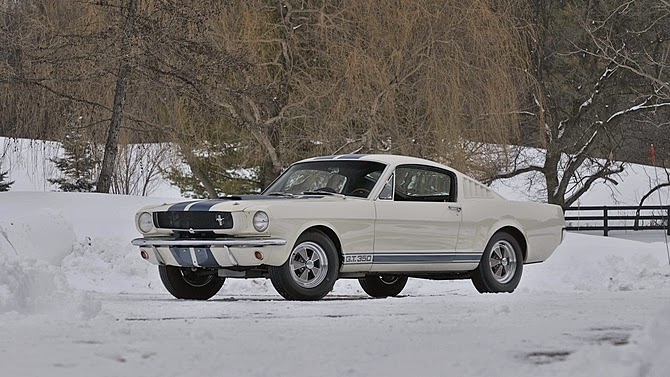 1965 SHELBY MUSTANG GT350
This 1965 Shelby GT350 is one of the earliest production street-spec cars built. A California car until 2005, it was completed on February 5, 1965, before Shelby American moved its operation from the original Venice, California location to its new home at Los Angeles International Airport. One of the first 31 GT350s identified by unique serial numbers, it was present and accounted for on the day SCCA officials declared the homologation of Shelby’s new creation for B Production sports car competition.

Ford’s Total Performance marketing program was well underway when, on September 9, 1964, the company introduced the sexy new Fastback 2+2 version of its already highly successful Mustang. But while everyone agreed that the new car was a looker, it still lacked the high performance image to attract buyers in search of serious horsepower and handling. Those facts lead Ford’s Shelby liaison Ray Geddes to arrange a meeting between Ford chairman Lee Iacocca and Carroll Shelby, whose Ford-powered Cobras were overwhelming the competition at home and in Europe. Shelby assured Iacocca that preparing a Mustang for SCCA Production competition would be a relatively simple matter.

Shelby made good on his word; on January 1, 1965, one hundred Shelby-modified Mustang Fastbacks, most of them built at the San Jose assembly plant and awaiting completion by Shelby’s crew, were lined up outside his Venice facility to be inspected by SCCA officials for homologation. When fully completed, each bore Wimbledon White paint, a pinned fiberglass hood with an intake scoop, a single Mustang emblem on the Blacked-out mesh grille and Blue “GT350” sill stripes. The Black interior was fitted with a fiberglass shelf and covered spare tire in place of the rear seat (a crucial detail that qualified it as a sports car under SCCA rules), a center dash pod with 8,000 RPM tach and oil pressure gauge, competition seat belts, a floor-mounted shifter and a wood-rimmed aluminum racing steering wheel. Shelby personnel modified the Mustang’s HiPo 289/271 HP V-8 with a high-rise aluminum intake manifold, a Holley 715 CFM 4-barrel, finned Cobra aluminum rocker covers and “Tri-Y” tube headers with glass-pack side pipes. A larger radiator was fitted for improved cooling, and a 6.5 quart aluminum Cobra oil pan with internal baffles installed for improved lubrication under hard cornering.

Ford engineer Klaus Arning, who had created the computer-designed suspension for the GT40 program, Shelby’s 427 Cobras and the Daytona coupes, designed suspension modifications that included relocated front upper control arm mounting points, Koni adjustable racing shocks, traction bars, a one-inch diameter front sway bar, quick-ratio steering and race-ready brakes. The stock Mustang rear axle assembly was replaced with a 9-inch unit from the full-sized Galaxie and equipped with a limited slip differential, with a choice of 3.70, 3.89, 4.10 and 4.33 ratios. Goodyear supplied 7.75-15 Blue Dot high performance tires, which were usually mounted on Cragar/Shelby wheels with chromed steel rims and spoked aluminum centers. The Shelby GT350 caused a sensation in the motoring press and, in very short order, on the race track, where it immediately dominated SCCA B Production racing and continued to win the BP Championship in 1965, ’66 and ’67.

SFM5018 is a very rare and well-documented 1965 Shelby GT350, one of the few two-digit serial number cars remaining. Delivered to Shelby American in Venice on December 23, 1964, the GT350 conversion was finished February 5, 1965. It was purchased new by Paul J. Miller of Arcadia, California in February 1965 from Shelby’s own Hi-Performance Motors in Los Angeles. The car resided in southern California for its first 40 years, passing through a chain of owners including collector Reggie Jackson, who took possession in the early Nineties. In 1995 Jackson sold the car to Gerry Schmidt of Newport Beach, after which it was put through a no-expense-spared professional rotisserie restoration that included correctly rebuilding the original engine. Having resided in a private collection since 2005, the car presents today as one of the finest, most meticulously finished early production GT350s in the world. 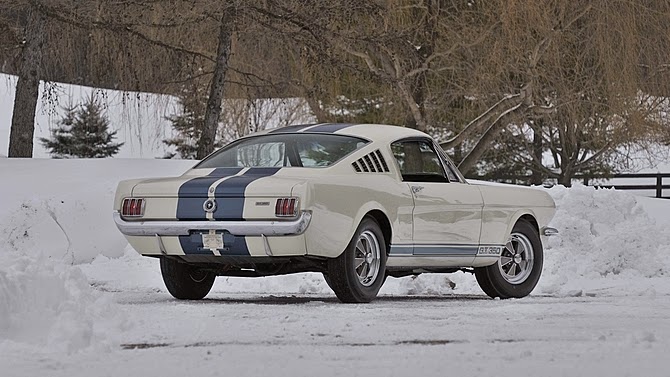 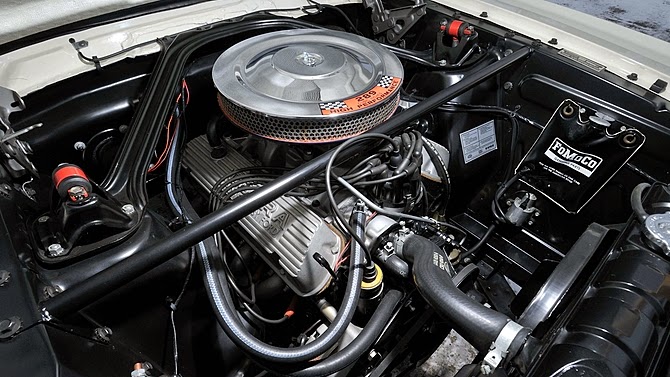 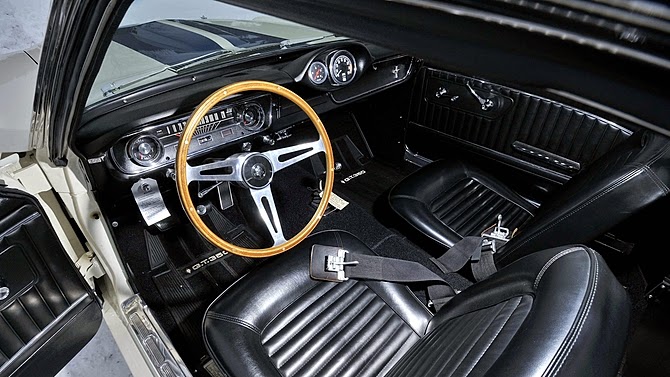